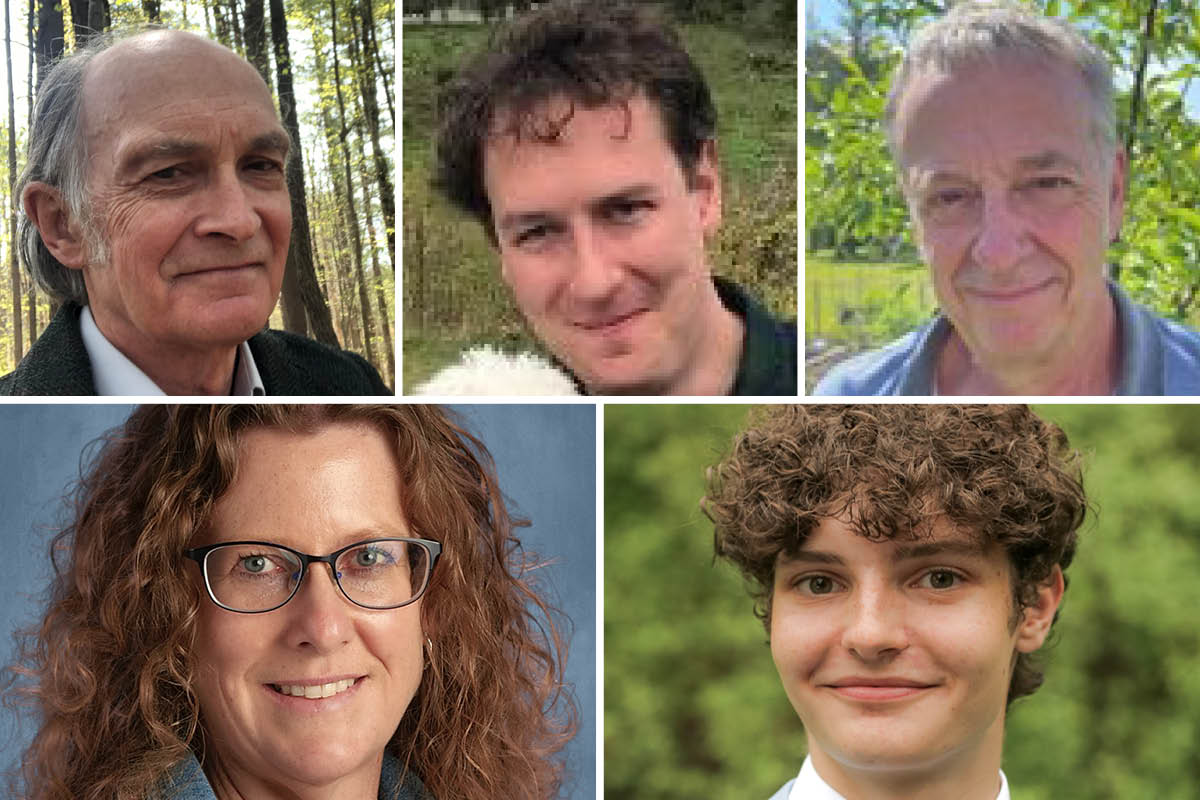 More than five decades: that’s the age gap between the oldest and youngest candidates in the Democratic primary race to represent Montpellier in the Vermont House.

The youngest candidate is Merrick Modun, a 17-year-old student at Lycée Montpelier. The oldest – Ethan Parke, 72 – is a longtime resident of Montpellier. Conor Casey, 41; Ken Jones, 65; and Kate McCann, 48, round out the pack.

The contest marks the first change in representation of the Chamber in the capital in more than a decade. Longtime incumbents Mary Hooper and Warren Kitzmiller, both Democrats, announced their intention to step down earlier this year. Hooper had been in the job since 2009. Kitzmiller, who took over in 2001, died suddenly last week at the age of 79.

With no Republican candidates running in the two-seat district, officially known as Washington-4, Democratic candidates are fighting a competitive battle ahead of the primary.

Casey and McCann are campaigning as unofficial running mates, the only duo in the race to do so.

The top two voters will likely face Glennie Fitzgerald Sewell, the only progressive candidate, in the general election in November. This is the first election in the district since 2006 in which no incumbent has contested.

Casey is the executive director of GunSense Vermont and a member of the Montpelier City Council representing District 2. He took office in 2018 and served as the council liaison for the city’s homelessness task force, which worked to finance hotel vouchers and heated shelters for Montpelier. unhoused population.

“During that time, I think I’ve gotten pretty familiar with some of the issues that the community is facing,” Casey said. “But I also see limits to what city government can do with a $14 million budget, and I would really like to use the experience I already have at the Statehouse to offer Montpellier.”

From 2015 to 2018, Casey served as executive director of the Vermont Democratic Party. He is also the Membership Organizer for the Vermont Chapter of the National Education Association.

“My long-term hope of working in the Legislative Assembly is to strengthen Vermont’s performance management – really getting agencies and the public on the same page about what we’re trying to accomplish,” said said Jones.

While at the Trade and Community Development Agency, he said, he worked to ensure safe business practices in protecting against Covid-19 and implemented recovery programs to give businesses the resources they may have lost during the pandemic. For 15 years, he led a non-profit organization, the Green Mountain Institute of Environmental Democracy, which looked into this issue.

McCann is a former math teacher at U-32 high school in East Montpellier. She also served on the Montpelier Transportation and Infrastructure Committee and the Legislative Task Force on Pension Benefits, Design and Funding, where she and two other teachers presented pension reform recommendations that were accepted at unanimity.

She and her husband have run their own wine business, North Branch Vineyards, in Montpelier since 2007. McCann said the most pressing issue for Vermonters today is the labor crisis. To address this, she hopes to improve access to affordable childcare.

Casey and McCann campaign together for the two open seats by hosting joint events and distributing joint lawn signs in the community. The candidates were endorsed by Vermont Rights & Democracy and the Vermont State Employees’ Association.

“Kate and I are very different people in some ways,” Casey said. “But even working with her on the campaign, I can see that our styles complement each other. So it was a real pleasure to essentially be her running mate and to work together with her. I think we would get along fabulously if both were elected to the Statehouse.

Modun is a student at Montpellier high school. Although he is not yet old enough to vote, he can run for the House because Vermont does not have a minimum age for candidates for state-level office. In 2018, Ethan Sonneborn, then 13, made national news with a bid for governor of Vermont – and became the youngest person in US history to run for office in statewide.

Modun is a student representative on the Montpelier-Roxbury School Board and is chair of the Montpelier Complete Streets Committee. This year, he helped organize protests — including an LGBTQ+ rights strike at his high school and the Rally for the Planet protest at the Statehouse — and interned at the Statehouse to learn about legislative affairs, he said. -he declares.

“Vermont’s rapidly aging population will require younger people to live and work here to support our businesses, farms, services and a growing population of seniors,” Modun said. “I think my experience in raising the voice of young people in areas such as the school board and the Montpelier Complete Streets Committee makes me well placed to fight for the Statehouse. »

Parke, a longtime resident of Montpellier, has extensive experience in state government. For 27 years he worked for the Vermont Housing and Conservation Board. He also worked at the National Natural Resources Agency and was appointed by the then government. Howard Dean to serve on the Vermont Health Policy Council. Universal health care and the fight against inflation that has hurt people’s ability to afford medical care are key issues for Parke.

“I don’t think we can ignore health care any longer,” Parke said. “It has become too expensive. Prices are out of control. Insurance premiums are set to increase. I’m going to take a principled position on health care and say we need to reopen this discussion. »

Parke said he is proud of his conservation work, helping to conserve more than 300 farms in Vermont and preserving several historic buildings in the Barre area, including Old Labor Hall.

Did you miss the latest scoop? Sign up for the final reading for an overview of today’s news from the Legislative Assembly.