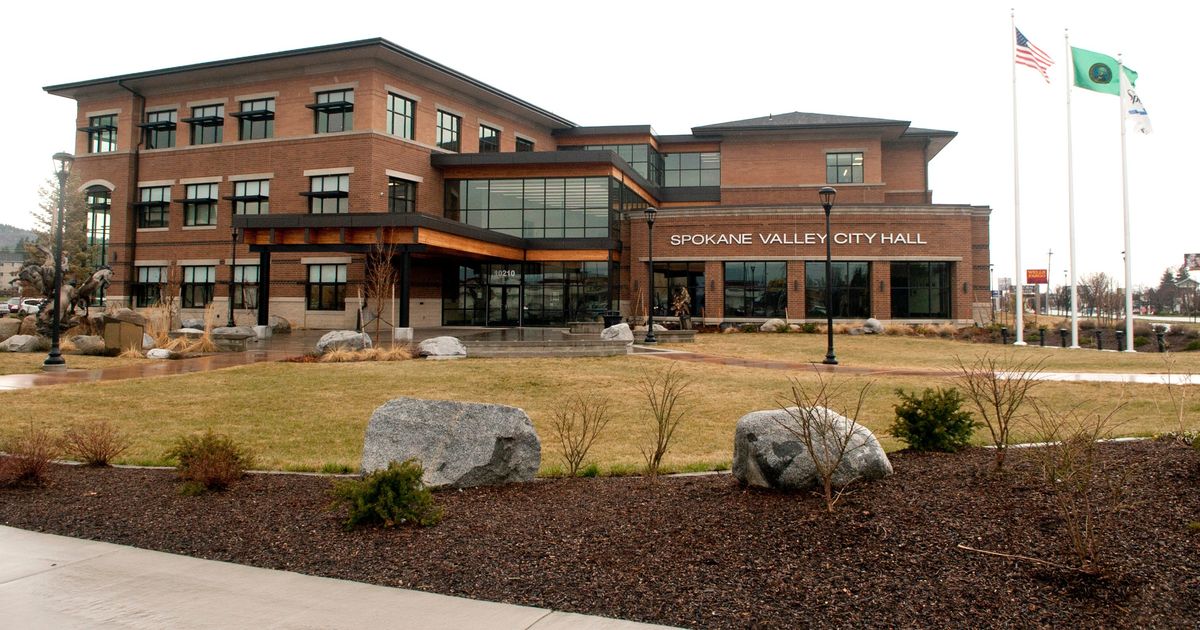 The year got off to a controversial start for the Spokane Valley City Council.

On Tuesday, City Council voted to strip Councilor Ben Wick and Councilor Brandi Peetz of nearly all of their committee assignments.

Commission assignments are important because they provide elected officials with the opportunity to advocate for constituents at the regional level.

Not all committees have the same influence, but some set important regional policies and distribute millions of dollars throughout Spokane County each year. Area committees can have power over everything from economic development and homelessness prevention to long-term planning for housing and transportation.

The mayor chooses committee assignments, and the city council can approve or reject the mayor’s appointments. Council voted 4-3 in favor of Mayor Pam Haley’s picks, with Wick, Peetz and Councilman Tim Hattenburg opposing the move.

Haley opted for an unbalanced distribution of committee assignments.

Councilor Rod Higgins now sits on seven committees. Councilor Arne Woodard has six, Haley has four – the mayor is required to sit on two of them – and councilor Laura Padden has three.

“Everyone should have a regional council,” Peetz said. “That’s where a lot of the work happens.”

Committee assignments were shared more evenly during Wick’s run as mayor from 2020 to 2021. When Wick took over, he started with five committee assignments. Peetz and Higgins had four, Councilwoman Linda Thompson had three, and Woodard, Hattenburg and Haley each had two.

Once the November election results were known, it seemed likely that the leadership of Spokane Valley City Hall would change. Padden, who is married to Republican state senator Mike Padden, ousted Thompson, who previously ran for state office as a Democrat. Padden’s victory shifted the balance of power within the city council to the right.

Hattenburg, who has served on city council since 2020, said he appreciates Haley appointing him to the regional council he wants: the Spokane Transit Authority.

But he said he was disappointed Wick and Peetz lost so many assignments and believes the changes represent a move toward partisanship on the officially nonpartisan city council.

“I had been in partisan races before, and that’s one of the reasons I was excited to run for the board, the non-partisan nature of it,” Hattenburg said. “I guess it looks like we’re moving away from that.”

Haley explained at Tuesday’s city council meeting her reasoning for the redistribution of committee assignments.

“You (Wick) and Ms. Peetz mentioned having to spend a lot of time away from your family while being mayor and deputy mayor,” Haley said. “There will be more dates in a year and at this point it’s just to give you some time for your family, so thank you.”

Wick and Peetz said they don’t believe it’s true that family time considerations are the reason Haley pulled their committee assignments. Both said their schedules allow them to serve on committees while spending time with family. Wick pointed out that one of his previous committees, the Lodging Tax Advisory Committee, only met once a year.

In an interview, Haley said that other factors also influenced her decisions and the public deserved to know about them.

“I don’t want to speak badly of the other board members,” she said. “But I had very good reasons.”

Wick had been chairman of the Spokane Regional Transportation Council. Haley said his actions as chairman caused Spokane International Airport to leave the board entirely and also damaged the board’s relationship with the Spokane Transit Authority.

Wick acknowledged that the airport and the STA were upset when the Spokane Regional Transportation Board voted to remove them from the SRTC’s internal administrative committee. But he said it required a vote from the SRTC as a whole, and it was not his decision alone. He also said that when the airport left the SRTC, the airport’s executive director said he had to leave to focus on running the airport during the pandemic.

The Board of Health has had two tumultuous years during the COVID-19 pandemic. The list of health board controversies is long – and many have escaped the full board‘s control – but the most notable was the dismissal of health worker Dr Bob Lutz.

Wick said he wished he could talk more about his time on the health board, but couldn’t due to ongoing litigation. He didn’t mention any specific lawsuit, but Lutz is suing the health district for wrongful termination.

Haley said she removed Committees from Peetz for a more general reason.

“She really has a hard time showing up for things, especially on time,” Haley said. “When you’re late doing things, it makes things difficult.”

“My record speaks for itself when it comes to attendance,” she said. “I don’t miss my meetings.”

The removal of committee assignments limits Wick and Peetz’s official influence on regional decisions, and Haley has acknowledged that his appointment choices were not as fair as Wick’s.

“I was actually very heartbroken because of it,” she said, adding that she had changed assignments about “a million times on paper” before making her last call. “I felt like I was doing my best for the citizens of Spokane Valley.”

The way Wick distributed committee assignments at the start of 2020 was a departure from the norm. During Higgins’ tenure as mayor, the divisions of the committee were more like Haley’s.

Wick said he doesn’t regret choosing a fairer cast, even though that choice wasn’t reciprocated.

“In my opinion, it was the right thing to do,” he said. “I tried to put people where their strengths were.”

Woodard and Higgins said they thought it was misleading to compare Wick’s committee appointments to Haley’s. Not all committees have the same power, they said.

“If you look at important committees like SRTC, Ben didn’t distribute them,” Higgins said. “Quite frankly, I don’t think anything is wrong here.”

Padden said she doesn’t think Wick and Peetz have a legitimate reason to be upset.

“There’s no rule that says you have to distribute them in a particular way,” she said. “That’s how things work, and that’s why we have elections.”

Haley described 2022 as a “test year”. If Wick can show a more Valley-centric ethos while serving on Visit Spokane, and if Peetz can improve his meeting attendance, committee assignments could change in 2023, Haley said.

It is possible that changes in committee assignments will affect the collaboration among the seven members of City Council in the future.

Wick described the situation as a step backwards for Spokane Valley and said the divide between majority and minority on the board appears to be widening.

“It’s been fireworks since day one,” he said. “I think the community deserves better.”