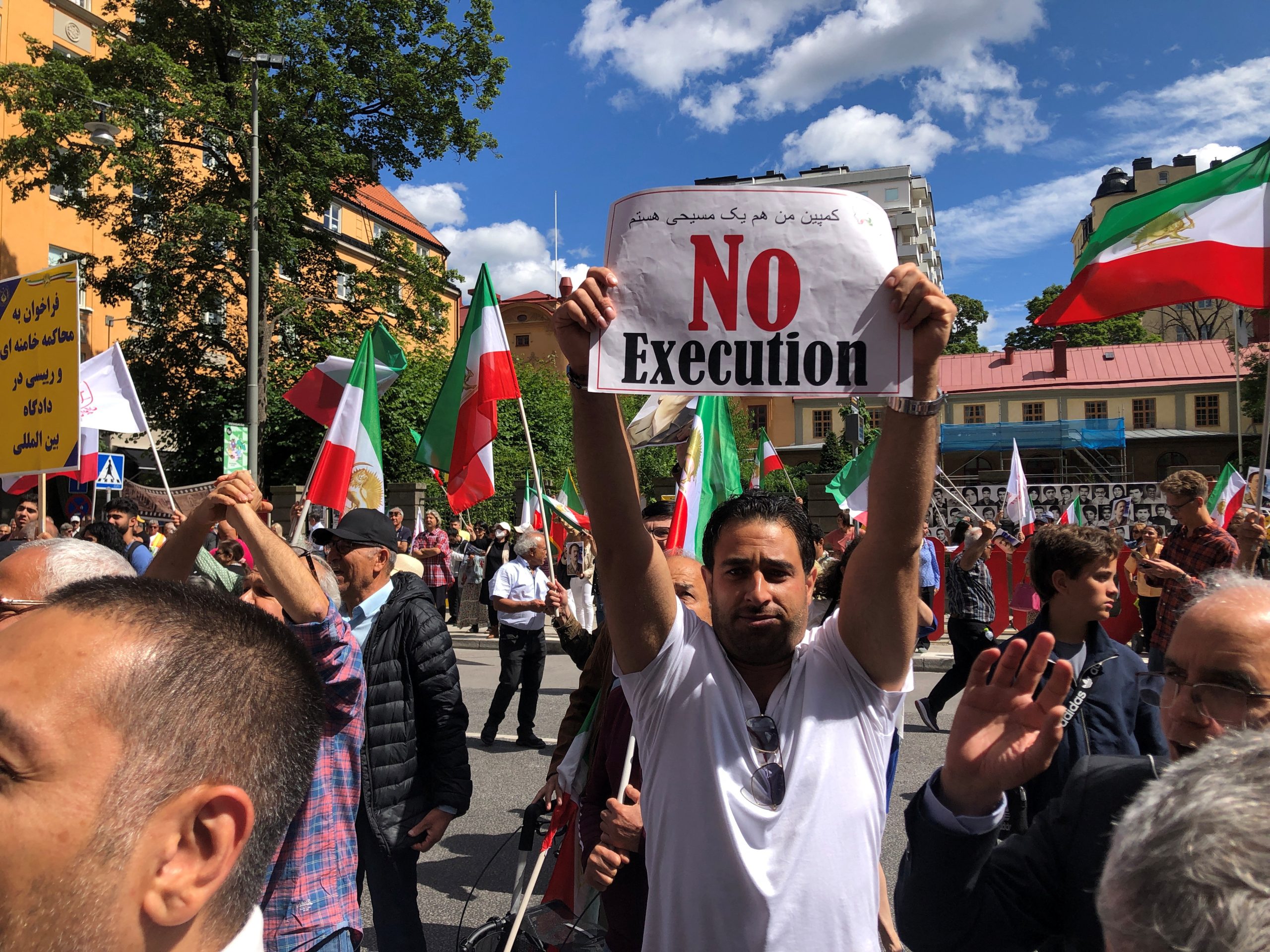 An Iranian author receives a life sentence. Another is potentially released.

July was a bittersweet month for lawyers and human rights activists, especially those working on Iran. On July 14, the Stockholm District Court announced that former Iranian official Hamid Nouri had been convicted of war crimes and mass murder and sentenced to life in prison.

A few days later, on July 21, the Belgian parliament ratified a mutual legal assistance treaty that allows Iranian offenders imprisoned in Belgium to serve their sentence in Iran and vice versa. The treaty is widely believed to serve as a codified prisoner swap to swap European nationals held hostage in Iran, such as Belgian aid worker Olivier Vandecasteele, for former Iranian diplomat Assadollah Assadi, a convicted terrorist serving his sentence in a Belgian prison. for an attempted bombing. of an Iranian opposition rally. While the condemnation was internationally celebrated, the treaty was internationally condemned.

Nouri’s verdict was a triumph of justice, marking the first-ever court conviction for a perpetrator of the 1988 massacres, in which thousands of political prisoners were mass-executed. Nouri was an assistant prosecutor during the massacres and it was discovered that he knowingly and intentionally sent prisoners to their deaths without due process. The verdict is legally monumental, further strengthening the case law on relevant crimes, the facts of the massacre and procedural issues. On an emotional level, it allowed the families of the victims to finally see at least one individual face the consequences of their crimes. Moreover, from a political point of view, it showed the power that countries committed to justice had to deliver it where it was needed and to deny perpetrators abroad safe havens.

The Belgian treaty, however, casts a dark shadow over the news. It offers an immediate and obvious advantage that cannot and should not be ignored: it allows Vandecasteele to return home. Prisoner exchanges – official and unofficial – are not uncommon in state-sponsored hostage cases and have been used to return hostages held in Iran, including Iranian-American journalist Jason Rezaian and Australian academic -British Kylie Moore-Gilbert. However, if Vandecasteele and all the other hostages deserve immediate release, they also deserve justice. Contrary to ad hoc exchanges, the Belgian treaty is permanent, with considerable and lasting damage to global accountability efforts.

First, the treaty creates a false equivalence between the Belgian and Iranian legal systems. An agreement between two states, which would allow those legitimately convicted to serve their sentence at home, in a way that would make the sentence as fair and humane as possible, would be commendable. The two states did not, however, legitimately convict the individuals – only one did. Belgium will exculpate detainees sent back because of their innocence. Iran will do it because of corruption. Countless victims and their relatives have detailed the mock trials conducted by Iranian justice. Indeed, members of the Iranian judiciary, including judges, are considered perpetrators of human rights abuses.

The Working Group on Arbitrary Detention (WGAD) – a subsidiary body of the United Nations and one of the few mechanisms with jurisdiction over Iran’s practice of state-sponsored hostage-taking – has found over thirty- seven times that an Iranian detention was arbitrary unless in part because of fair trial violations. By even suggesting parity between the two systems, the treaty undermines those conclusions, weakening influence in negotiating releases while hampering accountability efforts that could bring justice to the hostages.

Second, the treaty effectively transforms Belgium and all countries that follow suit into havens for perpetrators of serious international crimes. While the perpetrators could still be tried in Belgium under universal jurisdiction – which allows countries to try perpetrators regardless of their nationality or the location of the crime, and which was the basis on which a Swedish court was able to judge Nouri – the treaty limits the outcome of such a trial to finding the facts on the record, setting a legal precedent, and deportation. This makes the outcome barely more effective than Magnitsky-type sanctions, which freeze perpetrators’ assets and bar them from obtaining visas, while requiring considerably greater risk and effort from witnesses and security forces. order.

Victims and witnesses are unlikely to choose to pursue a case given the changed cost-benefit analysis, and it is even more unlikely that the Belgian authorities will be motivated to take on a case if asked . Iranian perpetrators (except those subject to Magnitsky-style sanctions in the European Union) now have carte blanche to vacation or even relocate to Belgium, avoiding liability while endangering victims who had fled there before.

Such a haven entrenches and expands the impunity that perpetrators already enjoy in Iran. Iran has maintained an elusive veil of justice, creating a bubble where perpetrators face virtually no consequences as long as they remain in the country; there are no reliable domestic options for accountability, Iran is not a party to the International Criminal Court, and there are no regional human rights tribunals it could be a part of .

Universal jurisdiction offers one of the only remedies available to Iranian victims. However, it is already limited by the limited number of countries with such provisions, as well as by obstacles, such as the obligation for the perpetrator to be present before the investigation or by only allowing prosecution for crimes committed after certain dates. The Belgian treaty further restricts this option by effectively removing Belgium from the trial table and, if other European countries follow suit, it could eliminate realistic options for universal jurisdiction altogether.

Finally, while this increased impunity is devastating for victims of past crimes, it ensures that Iranian officials will be emboldened to escalate their already extensive crimes, especially transnationally. Although Belgium does not explicitly condone these crimes through the treaty, it tacitly accepts that they will continue without consequence. This endangers all Iranians, but especially those in Belgium – including witnesses who testified against Assadi – who no longer have access to sufficient remedies.

Family members of the victims of the 1988 massacre waited just under thirty-four years for accountability. They, and all victims of human rights violations in Iran, deserve to take the time to celebrate justice, to remember their loved ones, and to look forward to continued international support. Instead, their sense of justice has been tinged with the specter of continued impunity. Belgium should reconsider this negative path. And all other nations with strong rule of law must unite immediately to support the families of the 1988 victims and all others affected by the Iranian atrocities by strengthening, not undermining, accountability options.

Celeste Kmiotek is a lawyer with the Strategic Litigation Project of the Rafik Hariri Center and Middle East Programs.

The Atlantic Council’s Strategic Litigation Initiative will seek to inject new thinking into how governments and practitioners can apply legal tools to advance human rights and democracy around the world.

Image: People demonstrate outside the Stockholm District Court awaiting the verdict in the case of Hamid Noury, a former Iranian prosecutor charged with crimes against international law and murder in Iran in 1988, in Stockholm, Sweden, July 14 2022. REUTERS/Simon Johnson

How does debt consolidation help you pay off your debt faster?