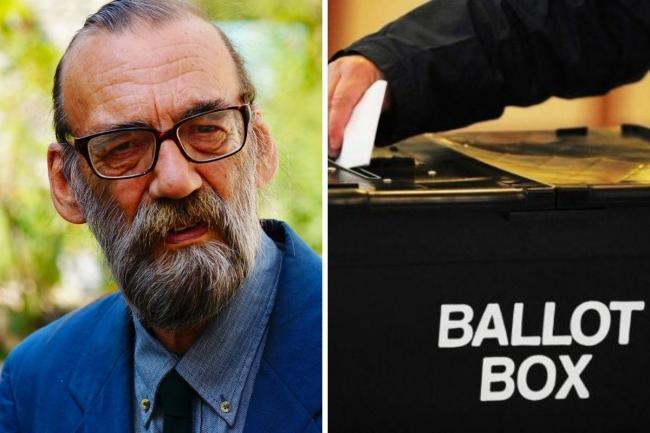 Another CCP Candidate Did Not Declare His Jail Term

A second candidate has not revealed he was ineligible to run in last year’s police and crime commissioner election, we can exclusively reveal.

Graham ‘Brig’ Oubridge, the Green Party candidate, was sentenced to three days in Swansea Jail for his ‘deliberate refusal’ to pay back road vehicle tax for a car he had parked off-road for one year.

The offense happened 28 years ago when Mr Oubridge, now 70, was spotted by a traffic cop driving his son to school in the vehicle without a valid road tax disc .

He admitted the offense in court and was fined. He paid a month’s back tax to cover the day his car was illegally on the road.

“But I couldn’t bring myself to pay for the rest of the year that it was legally parked on my field,” he said.

Mr Oubridge said the Welsh court clerk defined his action as a ‘deliberate refusal’ to pay the back tax and demanded he be sent to jail. Magistrates committed him to Swansea Prison for a minimum of three days.

The government then introduced SORN regulations so that no one else finds themselves in a similar situation.

But Mr. Oubridge said he failed to mention his prison term when he sent in his nomination papers for the CCP election on May 6.

He secured 16,606 votes in the election, which was won by Conservative candidate Jonathon Seed, of Chittoe Heath, Bromham, with a combined total of 47% of the vote.

Mr Oubridge said: ‘I’m still not sure if my ‘deliberate refusal’ constitutes an ‘imprisonable offence’ that would have disqualified me from being a CCP, but the idea that it might not bother me didn’t come when I signed the nomination forms.

“When I signed these forms, I honestly believed that I was in no way disqualified, and while I may have been wrong, if I was, it was a real mistake.”

Mr Oubridge contacted Wiltshire Council after learning that Tory candidate Jonathon Seed had withdrawn on the evening of Sunday May 9 before the election result was announced the following day.

These convictions disqualified Mr. Seed from the role of police and crime commissioner, according to guidelines issued by the Election Commission, according to which CCP candidates cannot run for office if they have been convicted of a offense punishable by imprisonment, including past convictions and those where a prison sentence was imposed. was not given.

After the failed CCP election, another election was held on August 19 last year with Conservative candidate Philip Wilkinson taking the job. The estimated cost of the election was over £1million, but Mr Oubridge did not stand in the new race.

Mr Seed, 63, is due to stand trial at Oxford Crown Court on July 18 for allegedly making a false statement in his application documents. He denied the charge.

Mr Oubridge said he did not understand that the criteria for disqualification for CCP elections were “considerably stricter” than for parliamentary or local elections.

He added: “I have stood for many elections over the last 40 years, including several general elections and one for the Welsh Assembly. I didn’t imagine there was a reason why I would be disqualified from participating in this one.

Mr Oubridge said the official confirmation of his selection as the Green Party candidate came “very late in the day” so he had very little time left to submit his nomination papers.

“I therefore signed the papers with only a brief outline of the guidance notes, under the mistaken assumption that the criteria for disqualification would be broadly similar.”

After finding out he might be in a similar situation to Mr Seed, he informed the Salisbury Green Party Election Committee and rushed to seek legal advice.

“While we have still not been able to seek appropriately qualified legal advice and are therefore still not 100% certain of the position, it seems highly likely that although my original breach of not having a valid tax disc was not an imprisonable offence, my subsequent refusal to pay the tax penalty probably was,” he said.

Mr Oubridge offered to make a formal statement to Thames Valley Police, who then carried out an independent investigation into Mr Seed’s actions.

He also said: “I would also like to apologize unreservedly for any mistakes I may have made in this regard.

“I’m just grateful that the vote numbers were such that my error (if that’s what it was) had no material effect on the outcome of the election.”

Thames Valley Police have yet to comment. Mr. Oubridge has not been charged with any offense in connection with the CCP election.