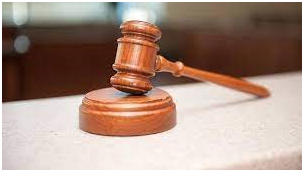 He was also banned from holding public office for the next 10 years from the date of his conviction.

Sentencing Rajab, the judge relied on the fact that there was no loss of money by theft and that the convict did not personally benefit from the said embezzlement, except for some compensation which he received as a staff member.

The judge also took into account that the Arua City Council is already making collections and reimbursing the Ugandan road fund.

Accordingly, the convict was not ordered to compensate the government for the loss.

The gist of the accusation in the first three counts was that during the 2017/2018 fiscal year, City Clerks charged together with Erejo Kamil Rajab, misappropriated money intended for Road Fund activities (URF), for the payment of allowances to councilors and staff in the amount of 168,558,683 Ugandan shillings.

Alternatively, they were accused of abusing their positions by using FIU funds to pay staff and adviser allowances.

In the fourth count, Erejo Kamil Rajab was charged individually with embezzlement of money intended for URF activities to the tune of Shs. 1,050,000, for a purpose unrelated to the purpose for which the funds were intended.

In handing down the sentence, the judge noted that while the claims were legitimate, had the convict done his job in ensuring that he monitored the Treasury Single Account (CUT), the claims should have gone unpaid.

“He had to watch the TSA, and he didn’t. He slept at work and caused an error,” the judge said.

Background to the case

Kibwota Andrew Otim, Bagonza Joseph and Kasajja Jamil Kairu were acquitted of embezzlement charges for insufficient evidence. Therefore, the alternative charges of abuse of power could not be brought against them either.

Erejo Kamil Rajab was also acquitted of embezzlement of Shs 1,050,000.

However, he was found guilty of misappropriation of Shs 81,461,632 intended for road funds which were misappropriated during the 4th quarter. He had been jointly charged with Kasajja Jamil Kairu on this count.

In delivering judgment, the judge highlighted the mandate of the City Clerk and that of the City Treasurer arising from the Local Government Financial and Accounts Regulations 2007.

The judge rejected the city treasurer’s defense that he is simply enforcing the clerk’s directions.

“The municipal treasurer is not a payment machine. He is responsible for the money and reports on it. That’s what he’s used to doing,” the judge said.

“We are in court because the treasurer did not do his job. He slept on the job,” retorted the judge.

He dismissed Erejo’s defense that he was misled by the TSA after the fact. He had prior knowledge of the poor performance of the local tax authorities, a duty which also fell within his enforcement mandate, which he had not done.

“The single Treasury account does not control itself. It is the duty of the City Treasurer to monitor the account and to do so on a monthly basis and to raise flags to stop further spending when a vote is exhausted,” the judge said.

Although the learned judge acquitted Kasajja Jamil Kairu, he blamed him as accounting officer for failing in his duties.

“While he did not necessarily participate in the embezzlement commission, he failed in his duty as supervisor of the city treasurer.”

“Kasajja Jamil should have demanded monthly budget execution and reconciliation reports. He failed to supervise the treasurer, an action that is negligent. He didn’t have the management ability; he was a weak supervisor. He should have been charged with dereliction of duty,” the judge said.

The case was prosecuted jointly by Abigail Agaba – Chief State Attorney and Stephen Ariong – State Attorney, from the Office of the Director of Public Prosecutions.

Dave Ramsey says debt consolidation solves nothing. Is he right ?