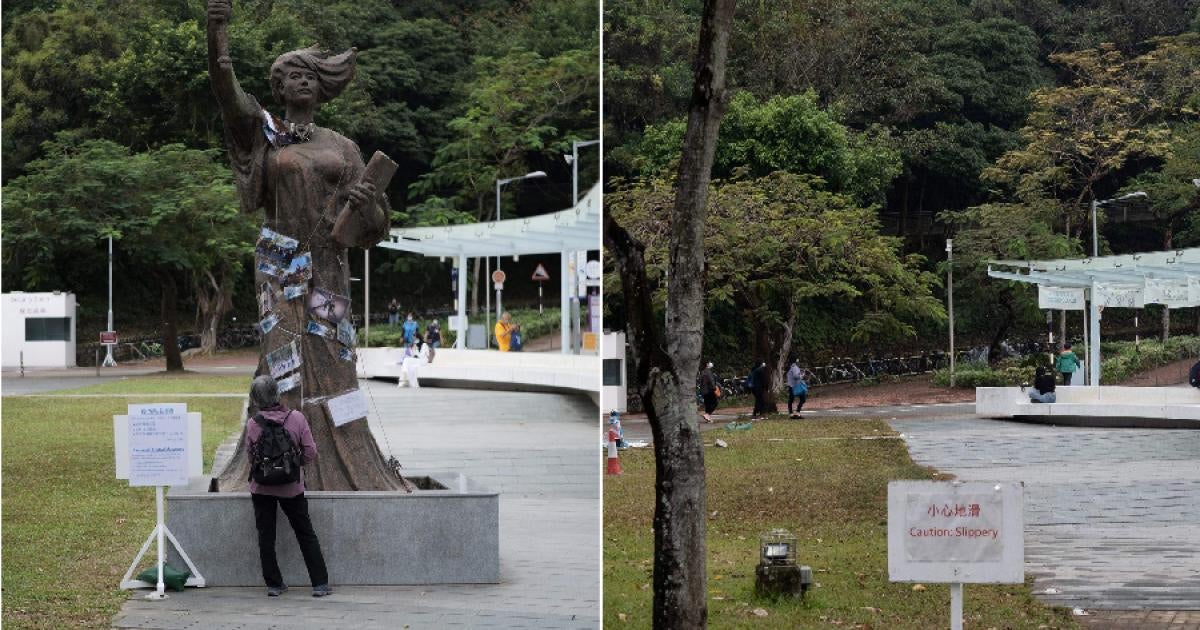 China: no justice 33 years after the Tiananmen massacre

(New York) – Over the past year, Chinese authorities have intensified the harassment and persecution of activists for commemorating the Tiananmen Massacre on June 4, 1989, Human Rights Watch said today. The Chinese government should acknowledge and take responsibility for the massacre of pro-democracy protesters.

Over the past year, authorities in Hong Kong have arrested and prosecuted people for attempting to commemorate the Tiananmen Massacre. Twenty-six pro-democracy activists – including Joshua Wong, media mogul Jimmy Lai, journalist Gwyneth Ho and former lawmakers Leung Kwok-hung, Cyd Ho and Andrew Wan – have been arrested for participating in or ‘inciting’ others to participate in the 2020 vigil in honor of the victims of the massacre. They were given suspended sentences or prison terms ranging from 4 to 15 months.

“Hong Kong activists are currently imprisoned for commemorating the anniversary of the Tiananmen massacre,” said Yaqiu Wang, senior China researcher at Human Rights Watch. “But if history is any guide, President Xi Jinping’s crackdown will not erase the memory of Tiananmen from the minds of the Chinese people.”

In January 2022, a court sentenced human rights lawyer Chow Hang-tung to 15 months in prison for participating in and inciting others to participate in the 2021 Tiananmen Vigil. Chow was already serving a 12-month sentence for participating in the 2020 vigil. Chow was the vice president of the Hong Kong Alliance in Support of the Patriotic Democratic Movement of China, the organizer of the annual vigil. Hong Kong authorities have banned the vigil in Victoria Park in 2020 and 2021. In September 2021, police raided the premises of the Alliance-run June 4 Museum, which authorities had forced to close three months earlier.

On the mainland, as in previous years, authorities in the weeks leading up to the anniversary anticipated commemorations of the massacre. They restricted the movement and communication of members of the Tiananmen Mothers, a group of relatives of Tiananmen Massacre victims, and many activists, such as Hu Jia, Gao Yu, and Zhang Lifan. You Weijie and Zhang Xianling, whose husband and son respectively were killed in the crackdown, said authorities had blocked overseas calls to their cellphones.

In July 2021, a court in Hubei province sentenced activist Yin Xu’an to four and a half years in prison for “stirring up quarrels and causing unrest”. Authorities used as evidence against Yin a photo alluding to the birthday that he posted on Twitter. In February 2022, Yin was hospitalized after suffering a stroke.

In October, authorities in Guangdong sentenced activist Zhang Wuzhou to two and a half years in prison for organizing a solitary protest to commemorate the massacre. In December, a Sichuan court sentenced Chen Yunfei, an activist who participated in the 1989 Tiananmen protests, to four years in prison. Chen had previously served four years in prison, from 2015 to 2019, for holding a memorial service for the victims of the massacre. Huang Qi, a prominent activist and protester from Tiananmen, is serving a 12-year sentence after being convicted in 2019 of “illegally supplying state secrets overseas”.

In May, authorities in Beijing eased Covid-19 restrictions on the city’s universities to avoid the possibility that protests against virus control measures were linked to the Tiananmen anniversary. Authorities also suspended same-day reservations to visit Tiananmen Square between May 25 and June 15, citing pandemic-related risks.

The Chinese government has long ignored domestic and international calls for justice for the Tiananmen Massacre, and some of the sanctions imposed by the European Union and the United States in response have been weakened or evaded over the years. The lack of a sustained and coordinated international response to the massacre and subsequent crackdown is one of the factors behind Beijing’s increasingly brazen human rights abuses, including the mass detention of approximately one million Turkish Muslims in Xinjiang and the direct imposition of national security legislation in Hong Kong. Kong which suppresses fundamental freedoms.

The Tiananmen Massacre was precipitated by the peaceful rallies of students, workers and others in Tiananmen Square in Beijing and other Chinese cities in April 1989, calling for freedom of expression, accountability and an end to corruption. The government responded to escalating protests in late May 1989 by declaring martial law.

On June 3 and 4, People’s Liberation Army (PLA) soldiers shot and killed countless numbers of peaceful protesters and bystanders. In Beijing, some citizens attacked army convoys and burned vehicles in response to army violence. Robin Munro, the late China researcher for Human Rights Watch, described the scene the next day:

To my horror, when I turned around…I saw this horrific sight of thousands and thousands of PLA soldiers occupying every available square centimeter on the steps… [T]he massive steps of the Great Hall of the People were covered with this human sea of ​​troops, just stationed there… The scene of the massacre was, basically, elsewhere. This was the rest of the city, and this is where the citizens of Beijing fought and died to protect their students, and also to protect the sense of civic pride and conscience that they themselves had developed. in the crucial few weeks leading up to that.

Following the killings, the government waged a nationwide crackdown and arrested thousands on ‘counter-revolution’ charges and other criminal charges, including arson and disturbing order. social.

The government has never accepted responsibility for the massacre or held anyone responsible legally responsible for the killings. He did not want to investigate the events or publish data on those who were killed, injured, forcibly disappeared or imprisoned. The Tiananmen Mothers have documented details of 202 people who were killed during the crackdown on the movement in Beijing and other cities.

As a party to a number of international human rights treaties and as a current member of the United Nations Human Rights Council, which requires China to “uphold the highest standards in human rights,” the Chinese government should urgently take the following steps regarding the Tiananmen Massacre:

“Three decades of impunity for Tiananmen have encouraged Chinese leaders to engage crimes against humanityWang said. “As Beijing’s list of victims grows ever longer, governments and the United Nations should pursue accountability and seek justice for the Tiananmen Mothers and many others.”