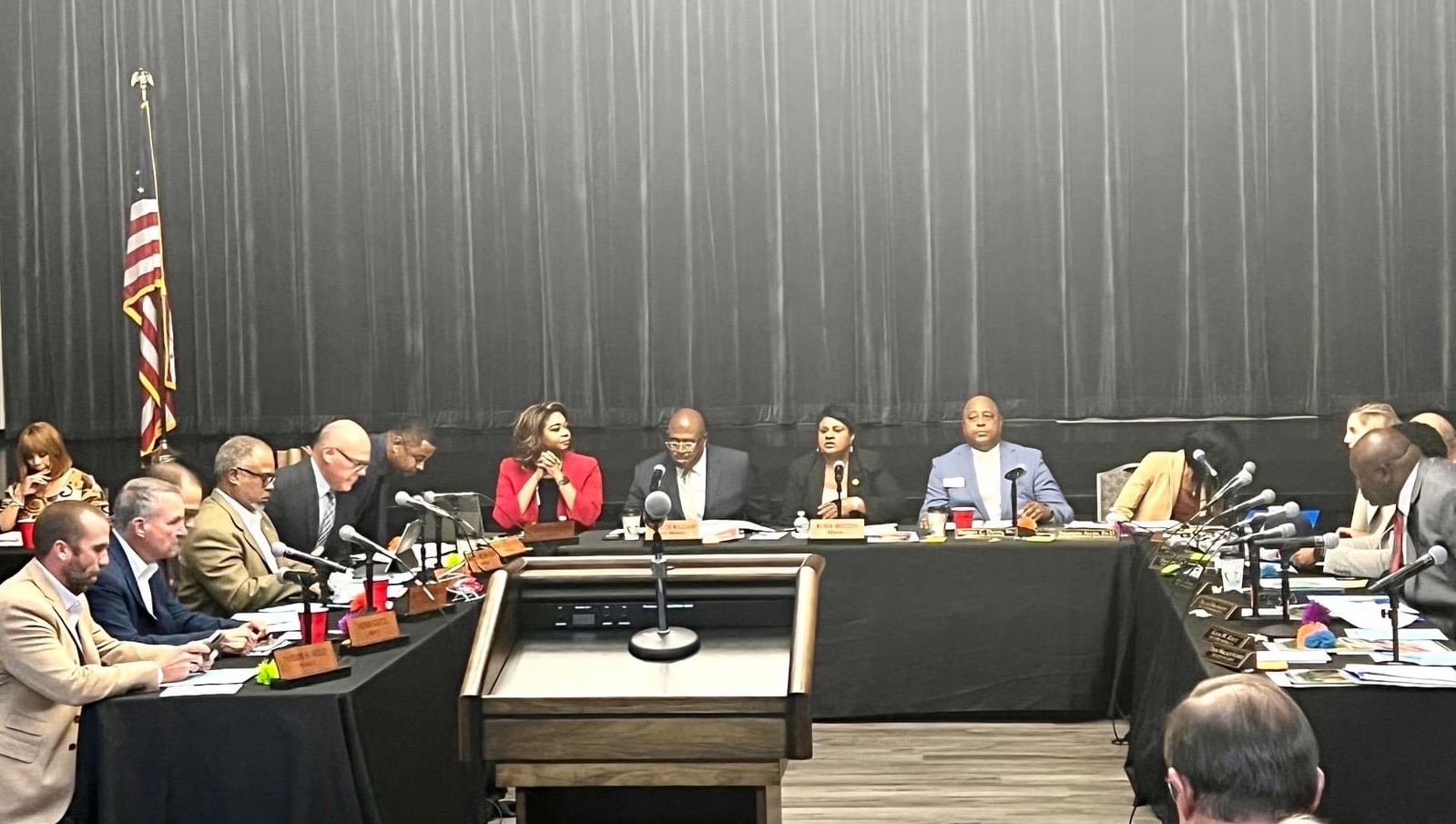 At a joint meeting between Beaumont city councilors and Beaumont ISD trustees on Nov. 7, representatives discussed a host of topics ranging from the violence plaguing local schools to a potential bond that would allow construction of a new college and high school.

During the more than two-and-a-half-hour evening meeting, city councilors and administrators allowed citizens to comment on agenda items for three minutes before any formal discussion began. The majority of comments were about Beaumont’s violence, both inside and outside of the school. West Brook High School students Saifan Panjwani and Sam Marchand, who have both previously spoken to The Examiner on these issues, were the first two citizens to speak.

“It should not be said that the IBSD is at its lowest point in its history,” Panjwani, a senior official, told the confluence of elected officials. “With the recent increase in crime in our schools, our community has remained fractured. These violent issues began to seep into our everyday school experiences.

“The purpose of my coming here today is to raise awareness of these issues. I believe it is essential to have transparency when it comes to our school district.

“Doesn’t it scare you that our schools are plagued by violence and crime?

If no action is taken in the foreseeable future to alter the academic performance of students, IBSD will undoubtedly be defined by the failure to cultivate and maintain the intellect, Panjwani bet.

Marchand echoed his classmate’s assessment of West Brook’s bleak outlook, explaining, “It’s no secret that the town and the young people who will one day rule it are in dire straits. Recent TEA assessments released in October show pitifully low test scores, with 14 BISD campuses scoring so terrible they weren’t even assessed. Hundreds of incidents of campus violence have been reported, so much so that we have garnered national attention.

“The community faces significant challenges to its future growth and prosperity, and the integrity of the city’s youth is crucial to safeguarding its future. At present, its future does not look good and it is the responsibility of the municipal council and the school board to act. I think I speak for the majority of young people in Beaumont that this is not a place where we would like to stay at the current status. There is no obvious opportunity for us here with crime and woefully underperforming schools.

“It is your responsibility as our leaders…to protect our city from the truly existential issues facing it. Rampant crime (and) violence on nationally renowned campuses threatens to drive young people out of our city.

Panjwani and Marchand’s comments were met with silence from the congregation of more than 50 meeting attendees. However, several points raised by city council members and BISD administrators received applause and even occasional cheers from the crowd of mostly city and district employees. City manager Kenneth Williams asked employees at one point to stand up and be recognized – more than half the crowd obeyed his command.

Before the groups dive into their talking points, “governance expert” Mike Conduff led them through team-building exercises, asking city councilors and administrators to repeatedly praise each other for “maintaining the strong democracy”. Trustees spent more than an hour listening to Conduff’s lecture and brainstorming sessions aimed at moving the city forward.

In an effort to allay citizen and student concerns about campus violence, Councilman Mike Getz suggested installing cameras in every classroom on BISD campuses. While noting how costly the prospect would be, BISD administrators referenced the district’s current plans to install noise and smoke monitors in its high school bathrooms. BISD Superintendent Shannon Allen further explained that the majority of campus violence takes place in more common places, such as bathrooms, hallways and dining rooms.

Although they took no action on any item, the governing bodies agreed to meet at least twice a year, discussed planning a meeting between government groups and local journalists with the aim of “controlling the narrative” coming out of a city they’re trying to grow, talked about installing Wi-Fi in city parks that adjoin BISD schools, thought about ways to make routes to the school safer and launched the prospect of asking residents to support a bond that would build two new schools.

BISD Administrator Denise Wallace-Spooner said it’s no secret that schools in Beaumont are overcrowded, saying the need for a new middle and high school has been evident for some time. Trustees didn’t offer a set dollar amount, but Councilman Taylor Neild — who pointed to declining BISD enrollment — quipped, “Don’t you need kids to fill it in first? “

Neild further claimed that BISD has shown it can spend $300 million and not make students smarter.

Two in custody after confrontation in Council Bluffs