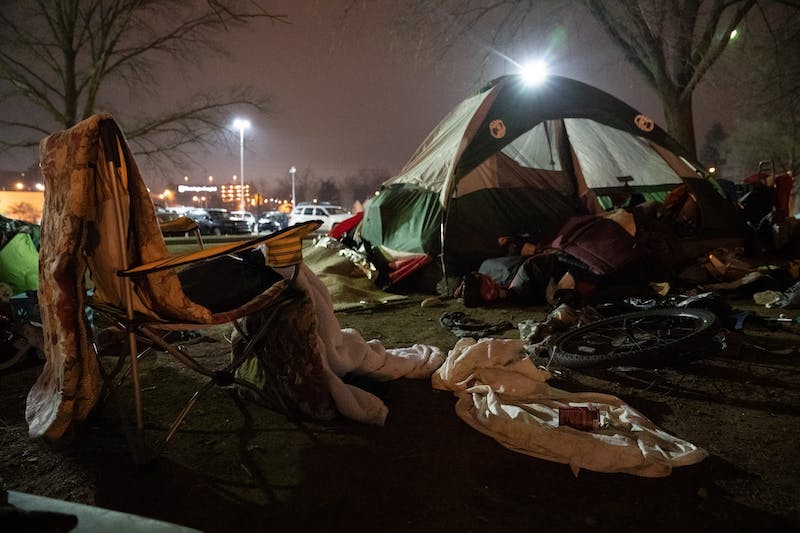 The property, located at 215 S. Westplex Ave. contains three buildings. Wheeler Mission had recently purchased the middle building to expand the services they could offer, including providing shelter, temporary accommodation, career support and other services.

The petition initially aroused mixed feelings from the board at a meeting on October 6. In response, Wheeler manager Dana Jones said he had met with local businesses to address their growing concerns about the area’s homelessness.

Mainly, neighboring businesses were concerned about drunk and homeless people harassing businesses who were not allowed on property near Wheeler Mission and who could not be relocated by police because they hadn’t committed any crime. At the October 6 meeting, council members asked Jones to provide recent data on how often police are called to the property.

While Wheeler’s rezoning petition received more support than when it was originally considered, some council members were still concerned about how often police were called to the property.

There were 34 calls to property in 2016, rising to 424 in 2019 before dropping to 259 in 2020. Despite this, Jones said his meeting with local businesses went well, explaining that the organization nonprofit provides services to the homeless. , they are not fully responsible for their actions.

Council member Dave Rollo agreed with Jones’ assessment and said Wheeler was not fully responsible and that some responsibility lies with the town.

Council members Sue Sgambelluri and Susan Sandberg supported the ordinance, saying whether the council approves or rejects the ordinance will have little effect on current issues. Sgambelurri said approving the rezoning would not compound the harassment businesses face from the local homeless population.

“What is in front of us is a zoning decision, and the behaviors that have caused concern, and rightly so, are unacceptable in either of these zonings, regardless of which zoning we apply,” said said Sgambelluri.