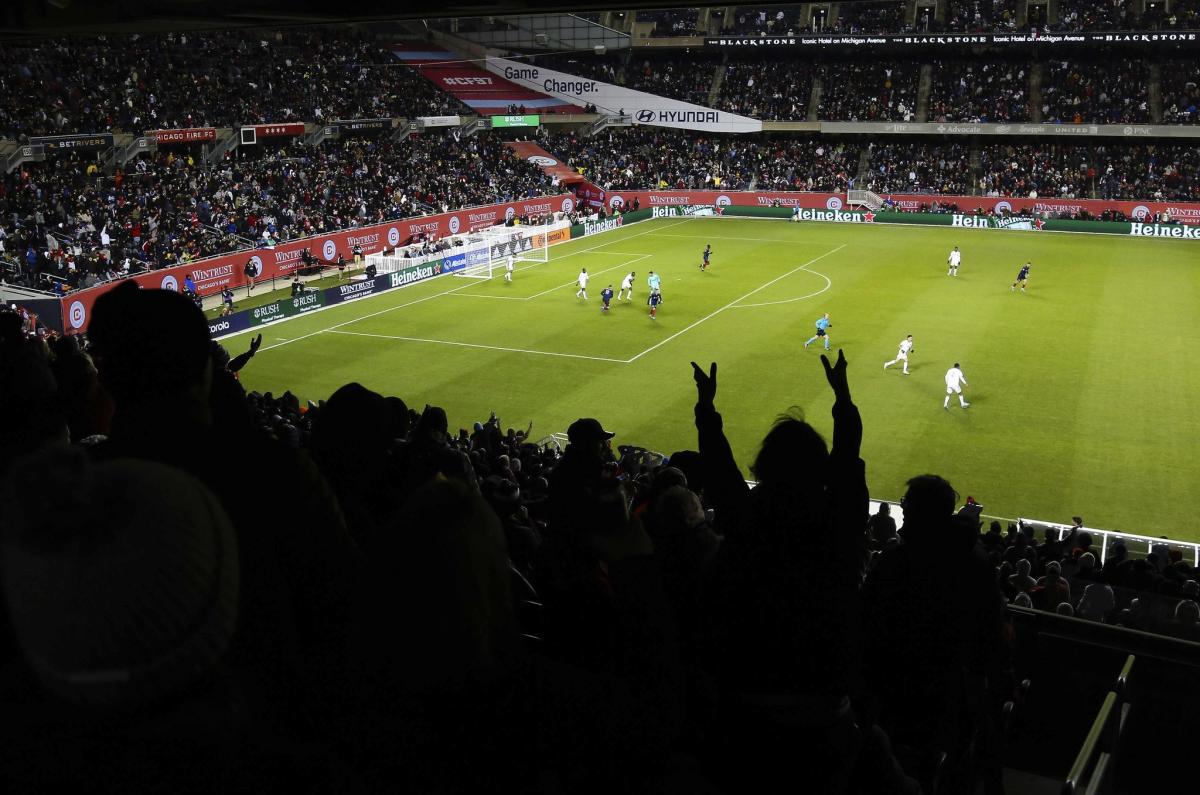 Less than 24 hours after rejecting a plan to set up a practice facility for the Chicago Fire football team on Chicago Housing Authority land, a city council committee overturned its vote and moved the proposal forward. .

The zoning committee had voted 7-5 on Tuesday to refuse a revised proposal for the ongoing development on the Near West Side. But in a surprise move, President Ald. Tom Tunney, 44th, decided to reconvene the panel on Wednesday morning to hold a second vote.

With more aldermen present on Wednesday, the measure this time passed 10-5, meaning it will be sent to the full city council later on Wednesday.

The proposed 24-acre, $80 million complex would include two hybrid turf pitches and a goalie pitch; an underground heating system; a sandbox; three artificial turf pitches, one of which has an inflatable dome that can be used six months a year; a two- to three-storey office building, an auxiliary structure for maintenance and storage, and a parking structure for 147 vehicles.

But the plan has been criticized because it would be built on vacant land – bounded by Roosevelt Road, 14th Street, Ashland Avenue and Loomis Street – owned by the Chicago Housing Authority, where the former ALBA Homes housing complex once stood.

Some public housing advocates, represented by the Chicago Lawyers’ Committee for Civil Rights, wrote a letter of opposition saying, “In this proposal, promised land for affordable housing desperately needed to primarily meet the needs of black families will be granted to a billionaire with negligible benefits for the thousands of families of color seeking to live in Chicago’s Opportunity Zones.

On Tuesday it emerged that those cries had been heard by a bloc of progressive aldermen who helped derail the plan’s advancement. Aldus. Maria Hadden, 49th, said the CHA was not delivering on its promise to add more affordable housing.

“We heard earlier this year from a colleague of ours, right, who had been on the CHA waiting list for 30 years and finally got a call,” she said, referring to the 20th Ward Ald. Jeannette Taylor. “I have a lot of residents in my neighborhood at 75% renters here in 49th who are on (the) CHA waiting list. We are dealing with record levels of homelessness. It just crashes around us. It is therefore worrying for me to see such slowness.

Ann McKenzie, a CHA official, said there would be no loss of affordable rental housing as a result of this project, so “our commitment remains the same”.

“Housing is what we do,” McKenzie said in response to Hadden. “We actually welcome this as an opportunity to build community and worked incredibly hard with the fire to turn it into something that would push housing. … In fact, we are adopting this as a solution.

The city has a larger plan to redevelop the land around the former ABLA houses into a mixed-use residential and commercial area known as Roosevelt Square. The City wouldn’t have to pay the Fire anything if its deal with the CHA goes through, but the football team would pay a 40-year lease with two potential 10-year renewals. The rent will depend on the latest appraisal values.

However, some aldermen were concerned that the plan did not yet have approval from the US Department of Housing and Urban Development, which is typically required when using land owned by a public housing agency for other purposes. . So even if the project is approved, the feds could kill it.

The proposal also received letters of support from the Local Advisory Council and the Central Advisory Council over the past day. Three aldermen who voted no on Tuesday — Felix Cardona, 31st; David Moore, 17th; and Michael Rodriguez, 22nd – moved to a yes vote on Wednesday.

Aldus. Jason Ervin, 28th, who chairs most of the area in question, backed the plan as he hopes it will “catalyze development”.

“The concerns that have been raised, I believe, are valid given the state of affairs with CHA and what has happened over the past almost 20 years in this transformation plan,” said Erwin. “…I’m glad the Chicago Fire has escalated (with)…helping CHA fulfill a long-term promise that many felt had been broken with community residents. ABLA.”

Opposition councilor Anthony Beale, 9th, complained that he had ‘never seen a roll call vote that was taken in committee and was thrown out and then because we don’t like the result of the vote, we meet again for another vote. the day after.”

A city attorney countered that Wednesday’s meeting was simply a “continuation” of the previous day’s meeting and that the motion to reconsider the vote was appropriate.

The Fire, under owner and chairman Joe Mansueto, has been actively seeking new training space since agreeing in 2019 to pay Bridgeview $65.5 million to amend its lease at SeatGeek Stadium, where the team is still training. If the Near West Side facility were to materialize, the Chicago Fire games would not change location from Soldier Field.