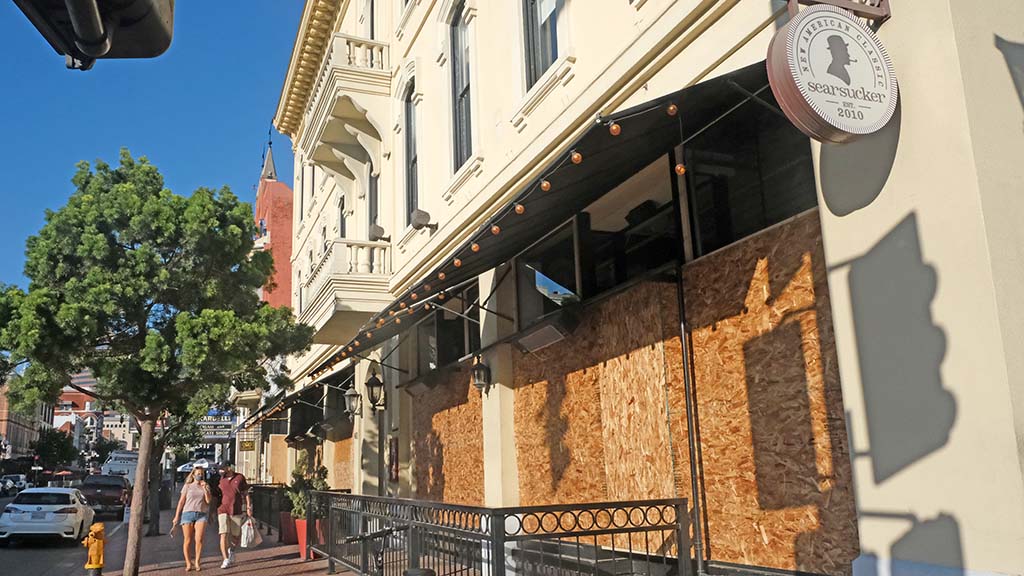 Concerns raised a year ago by the city auditor about how the San Diego Police Department handles vandalized properties after a break-in will be addressed by elected leaders at a city council committee meeting this week. .

In last year’s report, the problem is what is called the “board-up” service, provided by a company that the police contact when they find an unsecured property following a burglary or , in some cases, when officers have to break down a door to get into a home or business.

Police have used the Jacksonville, Fla.-based 1-800-BoardUp since 2014. A complaint about the service overcharging business owners and residents led to a city auditor investigation last year.

The auditor’s conclusion was that 1-800-BoardUp “may not be the most qualified and may not have consistent, reasonable, and competitive rates.”

Fast forward to next Wednesday, when the Public Safety and Liveable Neighborhoods Committee will consider approving changes to the city’s municipal code on how to deal with unsecured properties and how to properly charge property owners.

The staff report highlights the serious consequences of vandalized properties, noting that “leaving structures unsecured has an overall detrimental effect on the health, safety and well-being of residents, businesses, visitors and the general public of the town”.

In response to the weaknesses exposed by the auditor, the proposed amendments provide a specific procedure for securing properties and then charging owners. For example, police and firefighters will not have to alert the party responsible for the property when immediate action is needed or no one can or will secure the property within 30 minutes of being contacted.

Such a procedure did not exist a year ago. Additionally, police and fire departments will work with City Purchasing on a competitive process to select a qualified vendor to close properties. While these actions don’t cover all of the city auditor’s recommendations, they are, according to a city staff member, “a good start.”

San Diegan Mike Biltucci described his experience with 1-800-BoardUp after the front door of his rental property was “destroyed” by a police officer responding to a “welfare check” call in April 2019. What What’s odd, Biltucci said, is that police had visited his property the night before and contacted him to let them into the house.

He did, and after the officers drove through the house, they left because the tenant was in the hospital. But the next morning, another police unit showed up to respond to the same welfare check and kicked down the door.

In addition to that, Biltucci said he was billed by 1-800-BoardUp for $800 to nail a sheet of plywood with two 2×4s across the front door entry. The invoice also shows that he was charged for two service technicians for two hours, as well as $92.35 for the use of a generator.

When he complained it was unreasonable and said he wouldn’t pay, 1-800 Board Up said he would put a lien on the property. Biltucci eventually negotiated the price to $600. He then tried to get reimbursed by the city but was refused, he said.

He said he was unhappy with the charges and wondered, “How can they charge me for work done on my property without asking me?”

There was no response from the company when asked about the Biltucci case and the auditor’s report.

It should be noted in the council committee staff report that since January a provision has been implemented whereby whenever an agent requires a property secured by a seller, they must first clean it with the police lieutenant on duty. Since then, the report notes, “there have been an average of 2.2 calls per month (11 total) requiring service.”

“You will notice that these are much lower figures than the previous audit report showing a total of 184 applications for registration in 2019 and 118 in the first months of 2020,” according to the staff report.

JW August is a San Diego-based broadcast and digital journalist.