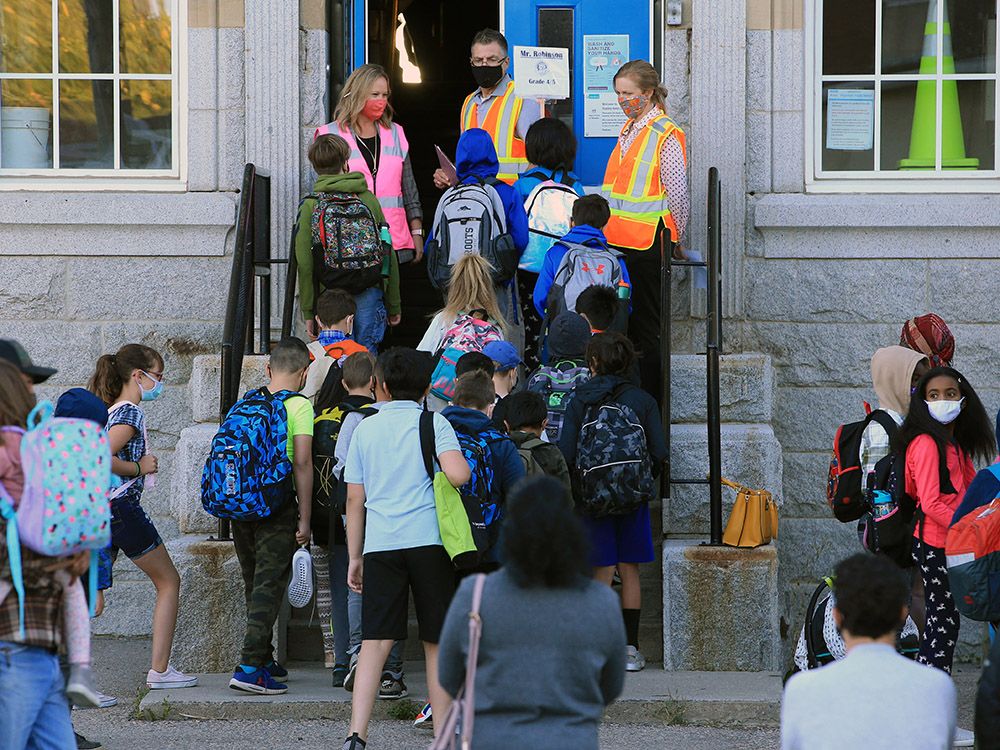 A program that encourages young people to walk or bike to school won approval from a council committee on Thursday, with the possibility of increased funding at budget time.

The Active and Safe Routes to School program has been operating for four years with a capital budget of $1.5 million and an annual operating budget of $75,000. In its first four years, the program made infrastructure improvements to nearly 24 Calgary schools to make it easier for children to walk to school.

The council’s infrastructure and planning committee heard that the program has been so successful that the administration wants to expand it to more schools and do more work to complete the roads to the schools.

While the current program deals with infrastructure directly outside of schools, such as crosswalks and sidewalks, an expanded program could work more on bike paths and supplement missing sidewalks.

Laura Shutiak, executive director of Youth En Route, a Calgary non-profit organization, provided data her group had collected on bicycle use in six Calgary schools. While more than half of students reported owning a bicycle, only 1% reported using it to get to school.

Shutiak said his group is trying to set realistic goals, like getting half of current car commuters to cycle for 100 days of the year. She said that kind of reduction could result in 1,000 fewer car journeys per day at a school with 1,500 students.

“We really think it’s the fruit of climate change and the transition to a low-carbon future,” Shutiak said.

She said young people often don’t realize how easy it can be to ride a bike somewhere. She told of a high school student who came to see her because he was worried he might pass an important math test after riding a two-mile bike ride.

“She came back from our bike ride that day with a big smile on her face because she had no idea that riding a bike was so accessible – that she could get from her high school to her friends to Sundance in less than 10 minutes,” Shutiak said. “It totally opened his eyes to a whole new world.”

The committee voted to direct the administration to include a line in the next budget to match the program’s current operating and capital funding as it plans its next four-year cycle.

Councilors have also asked the administration to prepare an expanded option in the four-year planning cycle, which could see the program receive even more funding.

These motions must be submitted to the Board for final approval.

Com. Kourtney Penner said getting more kids to walk and bike has benefits for everyone and will pay back the city in the long run with benefits like reduced car traffic and healthier citizens.

“It’s that long-term thinking that we need to do as a city,” she said. “What are the implementation measures we can put in place now that change future behavior for the better in the long term?”

During the meeting, the council heard about community-organized “bus rides” and “bike trains,” where parents bring together a large group of children from a neighborhood at the same time to benefit from the number security.

Penner said these types of activities can be done immediately by schools that are on the waiting list for the program.

Sign up to receive daily news from the Calgary Herald, a division of Postmedia Network Inc.

A welcome email is on the way. If you don’t see it, please check your spam folder.

The next issue of Calgary Herald Headline News will soon be in your inbox.