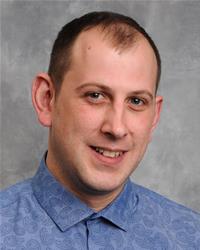 A councilor has been jailed for sending a threatening email to a council chief executive.

Peter Little was serving a suspended prison sentence at the time of the offense on September 4 after being convicted of a series of offenses, including homophobic slurs against police officers.

Little, 37, who represents the Maryport South neighborhood on borough council, was later removed from the independent Allerdale group after threatening neighbors during a parking dispute in May and assaulting police officers.

His behavior included threats to spit on officers and homophobic slurs against policewomen.

The magistrates sentenced him to 12 weeks of detention, suspended for 12 months.

Any councilor sentenced – with or without suspension – of three months or more is automatically removed from office under section 80 of the Local Government Act 1972.

Legally, a three-month sentence equates to 13 weeks, not 12, which means that the legislation did not apply in this context.

However, Little appeared in court again today and was convicted of the latest offense, which involved sending a threatening email to Allerdale Borough Council General Manager Andrew Seekings – 11 days after being sentenced to a suspended prison sentence.

A threat was also made against Workington MP Mark Jenkinson in the same correspondence.

Little, of Grasmere Terrace in Maryport, was jailed for 18 weeks for the most recent offense.

Councilor Ridley-Thomas to step down from council and committee meetings

Jah Cure’s Amsterdam jail sentence might not hurt the Grammys