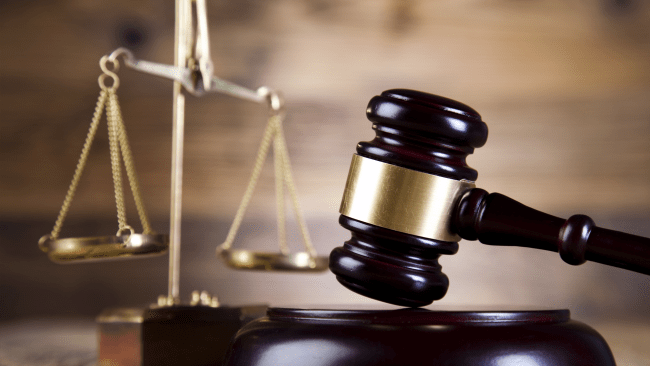 A 20-year-old man identified as Yashua’u Shehu from Atakwanyo village in Kware LGA was convicted and sentenced to 10 years in prison for raping a 3-year-old girl (name withheld) in Sokoto without the option of ‘fine and also remitted a fine of five hundred thousand (500,000.00) naira fine as compensation for the survivor.

Delivering his judgment at the Federal High Court in Sokoto, Judge James Kolawole Omotosho denounced that cases of sexual exploitation, especially of minors, have become worrisome in the north, calling on parents and governments at all levels to stand up to defend these vulnerable children.

While stressing that “it is the duty of all of us to put an end to the threat of sexual exploitation”, Judge Omotosho declared that the case FHC / S / 22C / 2021 had been brought by the National Agency for the prohibition of trafficking in persons. Person (NAPTIP) Sokoto Zonal Command (FRN v. Yusha’u Sa’idu in the market for the sexual exploitation of a 3 year old minor.

According to Judge Omotosho, the charge was as follows: “You, 20, Yushua ‘u Shehu (M) from Atakwanyo, Kware region, Kware local government in Sokoto State at around 4:00 p.m. on or around the 27th. May 2021 in the jurisdiction of this Honorable Court procured a (name withheld) 3-year-old woman from Minanata area in Sokoto state took her to a closed Hajiya house in Minanata area in the Sokoto state and you subjected her to sexual exploitation with yourself. You are thus committing an offense punishable under section 16 (1) of the Enforcement and Administration of Trafficking in Persons (Prohibition) Act 2015 ”.

Judge Omotosho based his judgment on the complaints of the survivor’s parents, the medical examination obtained from the Nana Khadija sexual referral center as well as the testimonies of PW3 and PW4 and that of Doctor Auwal Musa, the military doctor who examined the girls, which turned out beyond a reasonable doubt. that the defendant procured the survivor for the purpose of sexual exploitation.

After the accused pleaded not guilty, his legal aid board, headed by lawyer Shetima, asked the court to be considerate and moderate in handing down his sentence on the grounds that the accused is a first offender.

Lawyer Shetima also informed the court that the defendants also have to care for elderly relatives. “In addition, the accused is a young man who has a bright future ahead of him. When given the opportunity, he can become a better citizen through repentance, ”Shetima pleaded on behalf of the aggressor.

However, Judge James Kolawole Omotosho sentenced the perpetrator, Yushua’u Shehu, to 10 years in prison in addition to compensation of 500,000.00 for the survivor.