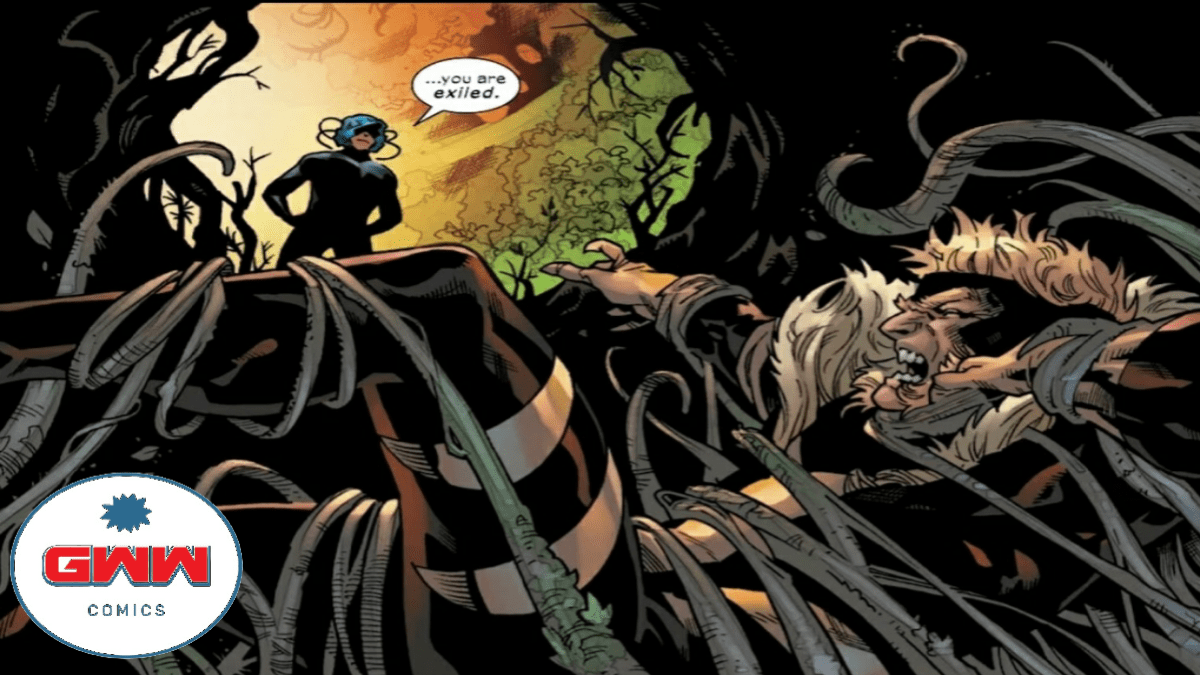 In the pages of 2019’s House of X #6, a meeting of the Silent Council of Krakoa resulted in two major events; the creation of the 3 Laws of Krakoa and the trial of Victor Creed. At the time, we were led to believe that Xavier had the final words in this matter. With three words as destructive as Wanda’s, he created a prison in paradise. In the opening pages of Marvel Comics’ Sabertooth #1, readers get a glimpse of Victor’s reaction to Xavier’s decree. And by the end of the issue, it’s obvious he couldn’t have been more right. And wrong.

No prison can hold me

Victor LaValle opens visiting hours with a look back at Victor’s trial. As Destiny of X approaches, it looks like the X-Men comics are revisiting the events of Krakoa’s early days. This recently happened during the pages of Inferno. Now, in this opening issue of Sabertooth, letterer Cory Petit reveals Creed’s intimate thoughts on judging his “peers.” At first glance, you might read this as nothing more than a bitter criminal lashing out at his conviction.

That’s until you consider everything that’s happened since Creed was sentenced to the pit. Looking back at the Silent Council through the lens of their current actions gives this scene a different perspective. I noticed how Victor’s perspective on the Council is quite similar to the final pages of Inferno #4. It changes the scene of Creed’s execution of punishment, making it more unforgiving. Leonard Kirk and Rain Beredo do a terrific job of adding more depth and detail to this footage than previously revealed.

A prison of its own design

The issue moves quickly, and readers see that Creed keeps his promise to the Council. A visceral Victor managed to escape from the pit. The five seasoned X-Men sent to send him back to “jail” are no match for the savage fugitive. This section highlights Creed’s physique and mentality, as he easily kills this lineup. It looks like Sabertooth is finally free. And yet still imprisoned. Victor has endured numerous attempts to modify his behavior, most recently during AXIS This series poses the ultimate question for Creed, can he ever truly be freed from his prison?

While Sabertooth is the star of the series, this issue has already hinted that it won’t be a solo saga. During the trial, we witness Doug’s dismay at the lack of leniency from another angle. So now, even though Krakoa was never meant to be a prison, it is. This allows for an interesting trio to act as Creed’s corrections officer, public defender, and parole officer. I doubted even Creed could pull off an escape without their knowledge and help. I wonder why Doug is helping yet another escape from Krakoa?

Since its emergence, Krakoa has had its share of mysteries. While mutant resurrection has been the main focus, with everyone from the Daily Bugle to Dr. Stasis searching for answers, I wondered what Sabertooth was up to. And where he really was. Moreover, as Krakoa’s first “criminal”, his situation set a precedent. But would it be the last and if not what would be the offences? (I doubt it’s for something like in Prisoner X at least). This problem answers the first while addressing the second with a mysterious event. According to my records, this is the third solo series in the Krakoa era, an era based on stories built on stories. And while Creed’s sentiment at the end of the issues isn’t promising, I can’t help but hope he finds a better use for his “exile.”

Voting for board elections will open Feb. 7 – The Varsity