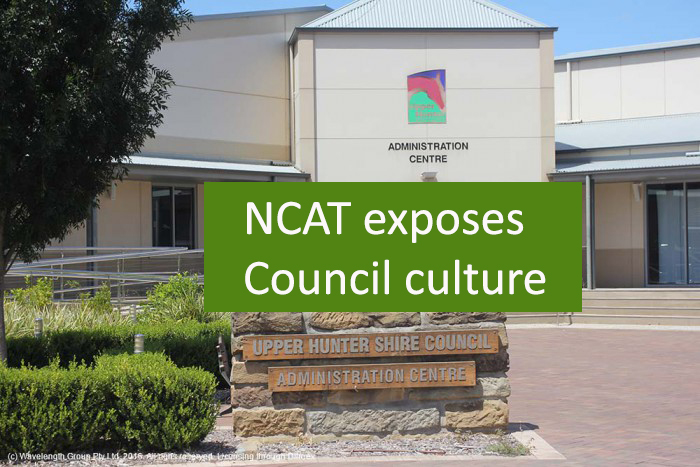 The Information and Privacy Commission recommended that Council reconsider its decision not to post emails to scone.com.au and when the case was referred to the Civil and Administrative Court of NSW (NCAT), the IPC sent its own legal representation to argue the Council. necessary to free them. The council spent $ 14,000 of taxpayer dollars not only chatting with scone.com.au to avoid publishing the emails, but also the IPC who drafted and oversaw the legislation! Unsurprisingly, the NCAT ordered the Council to hand over the emails.

FOR years I have been aware of the leaked emails Council staff and counselors wrote about me and the often very moving tirades and temper tantrums made me laugh. But when it came to my attention that maybe I wasn’t the only person they were treating that way, I stopped laughing.

When I worked in government, I adhered to the Triple M rule: never say or do anything you wouldn’t want to explain to the media, a magistrate, or a minister. Everything you write as a public servant is accessible under Freedom of Information, so anything you write, you should understand, could be posted or given to the person it was written about.

In April of last year, I decided I wanted all the information the board had that referred me or my business. I had just hoped, wrongly, that it might cause a little embarrassment to the Council, which would ensure that they change their ways and don’t write such emails on anyone else. But they fought tooth and nail and spent $ 14,000 of taxpayer dollars on legal fees to prevent me from receiving the emails they held about me.

I was also aware that the Council was not keeping records properly as required by the Information and Protection of Personal Information Act; they commonly referred to me as “the blogger,” a schoolyard insult badge that I proudly wore. But that does mean that when the organization searches for “Elizabeth Flaherty,” they won’t find any derogatory emails she wrote. Armed with this, I stipulated that they should also produce emails with “blog” and “the blogger”. This research produced thousands emails during the five-year term of this Council. And so began a long, endless game with the Council to refine the research.

Eventually I decided to narrow down the search to allow them to write anything that wasn’t directly relevant to me and went from a five-year period to less than five months, which returned 5,581 emails! They refused access on the grounds that there were too many emails to read. I refined the search again. I have had many leaked emails over the years, but decided to focus on one that Mayor Wayne Bedggood had written a few months earlier that best demonstrated the nature of council behavior.

The council returned the search, with only a handful of inane emails, but not the mayor’s example. I knew Cr Abbott and Cr Watts were in the mayor’s email and told them I saw the email and asked if they would swear a statutory declaration that this email existed. They gladly spoke the truth and signed a statutory declaration which was given in evidence.

The Information and Privacy Commission recommended Council reconsider its decision, but Council still has not released the mayor’s email. The case was then referred to the NSW Civil and Administrative Court (NCAT).

Because the Council argued that the information was highly confidential, even citing terrorism and police laws, my rep John Preston (who represented scone.com.au for free) and I were not even allowed to hear the evidence or see the email in the NCAT. Fortunately, the Privacy Commissioner sent his own legal representative to NCAT to advocate for the publication of the emails that were sent to me and they could not be blocked from the session at huis closed. The Council was actually arguing with the IPC, which drafted the legislation they must adhere to!

Over $ 14,000 or taxpayer dollars spent by the Council on legal fees later, the NCAT decided that the Council should publish the emails.

Email 1: What the Council did not provide:

Board fully worded, a full page email from Mayor Wayne Bedggood. We considered sending the Council information back to the senior NCAT member to force them to properly comply with NCAT orders, but since I already had a leaked copy, I figured it would be simpler to explain this. that it contained.

It was a tirade from the mayor to Cr Watts berating her for telling me about Australia Day, while he was away at horse sales in Queensland, where he had enjoyed a big sale and was furious at his return to find out that Cr Watts had spoken for me and I had written a story without his knowledge. REALLY you have to read this story to see what motivated the mayor’s tirade that comes next: Australia Day Nominees Announcement.

Email 2: Cr Watts responded to Mayor Bedggood’s email at 10:17 a.m., with the following:

My apologies, I made a verbal comment to Liz about Australia Day and she posted the story before I spoke to you.

It’s positive, once again I’m learning from my mistakes.

Email 3: Mayor Bedggood responded to Cr Watts, all councilors and the general manager at 7:10 p.m. with the following:

Thank you for keeping the board informed of your communications.

Don’t bother to apologize, the blogger is your friend / associate and if you feel like you need to talk to them, there’s nothing we can do about it.

I ask you not to qualify your report by stating that â€œYou learn from your mistakesâ€. This has happened over and over for seven years and I don’t care anymore.

You’ve told me many times over the past seven years that â€œyou say what you thinkâ€ – I hope you know by now, too?

What I think is The Blogger is one of the most despicable people I have ever dealt with, if not the most despicable, and they have no moral compass. They are also one of the most hypocritical, vindictive and dishonest individuals I have ever dealt with. This will not surprise you and yet you have chosen to continue your relationship with this person and when I ask for help defending by reputation, which I rarely do, you refuse.

So please don’t send me sugar-coated BS disguised as candy, because that doesn’t ring true – you can’t be on both sides in that case, you picked one side.

(Two paragraphs omitted). You deal with who you are with Lee, but report everything to the GM please – (content omitted).

4: Complaint email from Cr Sue Abbott to CEO and Councilors.

I am concerned about the content of this email which is an attack on both Cr Lee Watts and Ms. Liz Flaherty.

There is no excuse for this behavior – an email like this is unacceptable.

How will the Upper Hunter Shire Council propose to address this issue and ensure that such behavior does not persist?

Steveâ€¦ I read cr. Abbott is commenting and will not submit to its content. Liz Flarity and cr watts should be held responsible for their comments.

It should be noted that as soon as they are required to give an account then they create objects.

The council spent over $ 9,000 of taxpayer dollars trying to prevent scone.com.au from accessing the geotechnical report on the Merriwa-Willow Tree road and an additional $ 14,000 to prevent me from accessing to the emails they wrote about me.

I hoped that this exercise would hold them accountable for their actions, ensure that the Council stops writing such things about someone else without their knowledge, and ensure that people can access the information they are entitled to, was clearly futile.

Verona Bruin is now fighting Council for documents showing Council knew there was a problem with their tree which fell on her house causing over $ 20,000 in damage, for which Council refuses to pay (Read: The Council is hiding information about the tree). The Council said it could not find any such documents. The people who complained to Council have all signed statutory declarations to testify that Council has been informed of their concerns. This month, Council passed a motion to increase access to information fees. Council now wishes to charge retiree Verona Bruin, not the standard amount of $ 30, but over $ 400, so that she can obtain the documents proving Council’s negligence. Ms. Bruin has filed a complaint with the IPC and so the process begins again! How much more taxpayer money will the Council soon be spending in NCAT to try and fight retiree Verona Bruin?

And Mayor Bedggood was by no means the only councilor who acted in this way using council resources, I have seen a lot of other councilors, but I can say I have never seen any emails. by Cr Abbott and Cr Watts that are inappropriate for residents or taxpayers.

Here is another thread from Cr Fisher provided by NCAT. Again there was a redacted section, but I didn’t think it was worth searchingâ€¦ you get a feel for the culture of the Council from what you can read.

Email 2: Deale Healy to Cr Fisher: Thank you. I feel like management thinks all the bad media is my fault.

We know this is not the case. If they are, I will disabuse them of the notion. We have a psychotic blogger, (section omitted) who conspires against an organization that is not designed to deal with their gambling. Call me if I can help you!

The ‘game’ is accountability and transparency and I’m afraid Cr Fisher is right the Council is not set up to handle this ‘game’.