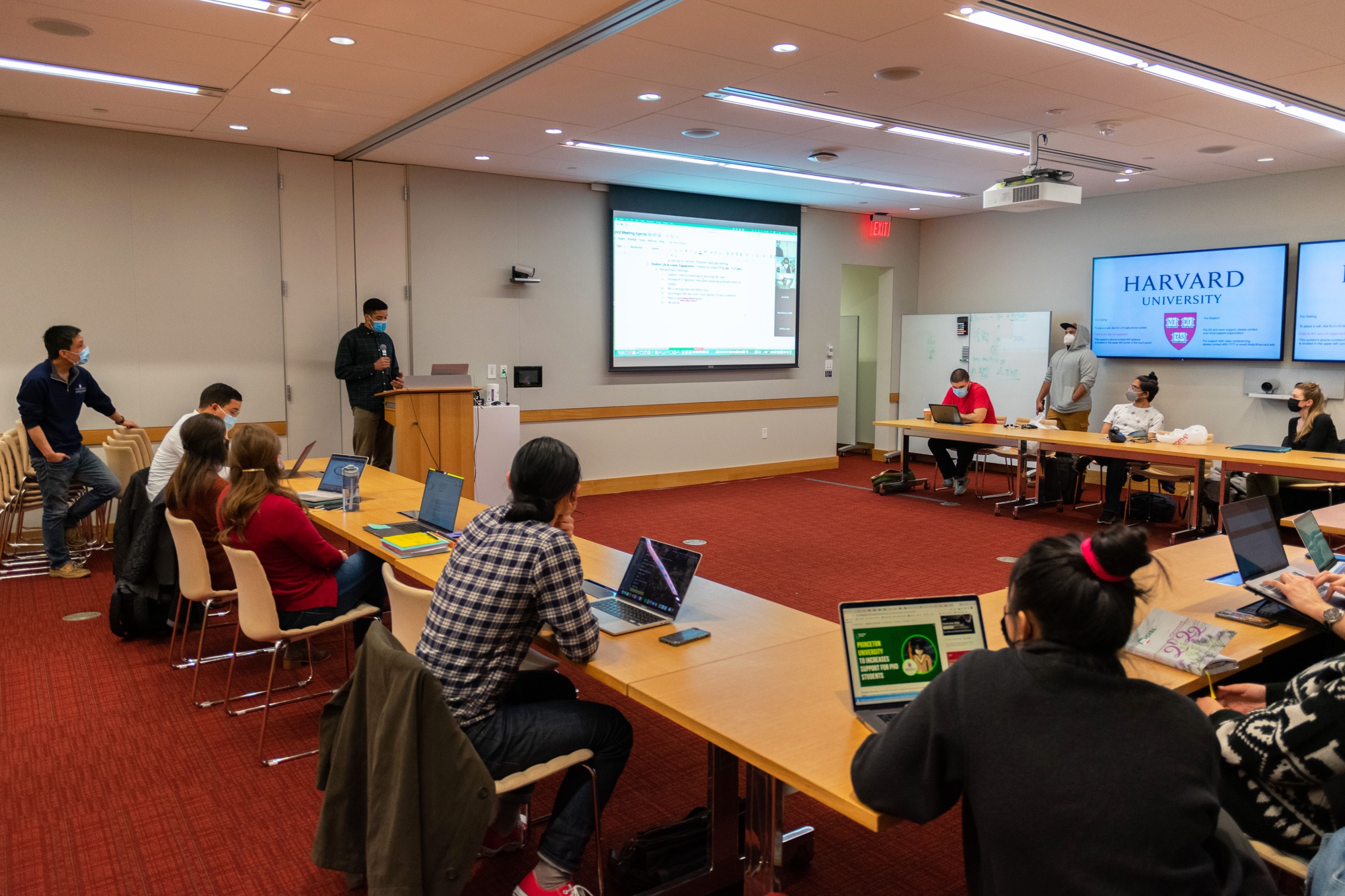 The Harvard Graduate Council discussed funding requests from religious groups, an initiative to provide free menstrual products across the university and three constitutional amendments at their bi-weekly meeting on Monday.

Members from nine of Harvard’s 12 graduate and professional schools attended the meeting, which was held at the Harvard Kennedy School, either in person or via Zoom.

Parisa L. Hamm kicked off the meeting by providing an update on her proposal to provide free menstrual products across the University. Hamm said she aims to have the proposal — which the Council of Deans heard on Friday — implemented by fall 2023.

The Board also considered two applications for the One Harvard Catalyst Fund, which provides funds to organizations for events that promote interaction among Harvard schools.

The HGC approved the Harvard Business School Islamic Society’s request for funding for a Ramadan celebration, with seven representatives voting in favor of the proposal. The Board also voted to reopen the review of funding for Christian Fellowship, another HBS organization.

The Board also opened two amendments to its constitution and one amendment to its bylaws for notice and comment, a two-week period during which members can suggest revisions to the amendments.

The first amendment, proposed in response to member requests for additional HGC representatives to distribute the workload, would set a minimum of two representatives per school and a maximum of four, depending on school enrollment.

The second amendment proposes a restructuring of the Council’s board of directors, with new positions related to programming and advocacy.

The suggested amendment to the bylaws would set the minimum frequency of meetings at every two weeks, allowing additional meetings to be scheduled at the discretion of the board.

Governance Chairman Carlos A. Gonzalez Sierra, a student at Harvard Law School, explained the value of changing the meeting pattern.

“I think some of the benefits of having more frequent meetings, each time they start, is community building, but also [to] help HGC become more effective in delivering initiatives,” he said. “That’s the spirit behind the proposed amendment.”

The Council also discussed actions they could take in response to the Russian invasion of Ukraine, such as serving as a “catch-all” organization for various student movements or studying the University’s ties to Russia.

Community Engagement Chair Landon A. Fortenberry provided an update on the Harvard Votes Challenge, which he said should be launched “as soon as possible.”

“Our initiative couldn’t be more timely – this year, Massachusetts will elect a new governor, state representatives and senators, as well as federal representatives,” Fortenberry said.

Other developments discussed at the meeting include an upcoming meeting with Harvard University Director of Health Services Giang T. Nguyen, plans for a women’s leadership conference and a compiled strategy book by the Chairman of the Board, Peter MS Choi, which will serve as an “instruction booklet” for members. to consult when starting projects.

The meeting ended with an optional visit to the Kennedy School.