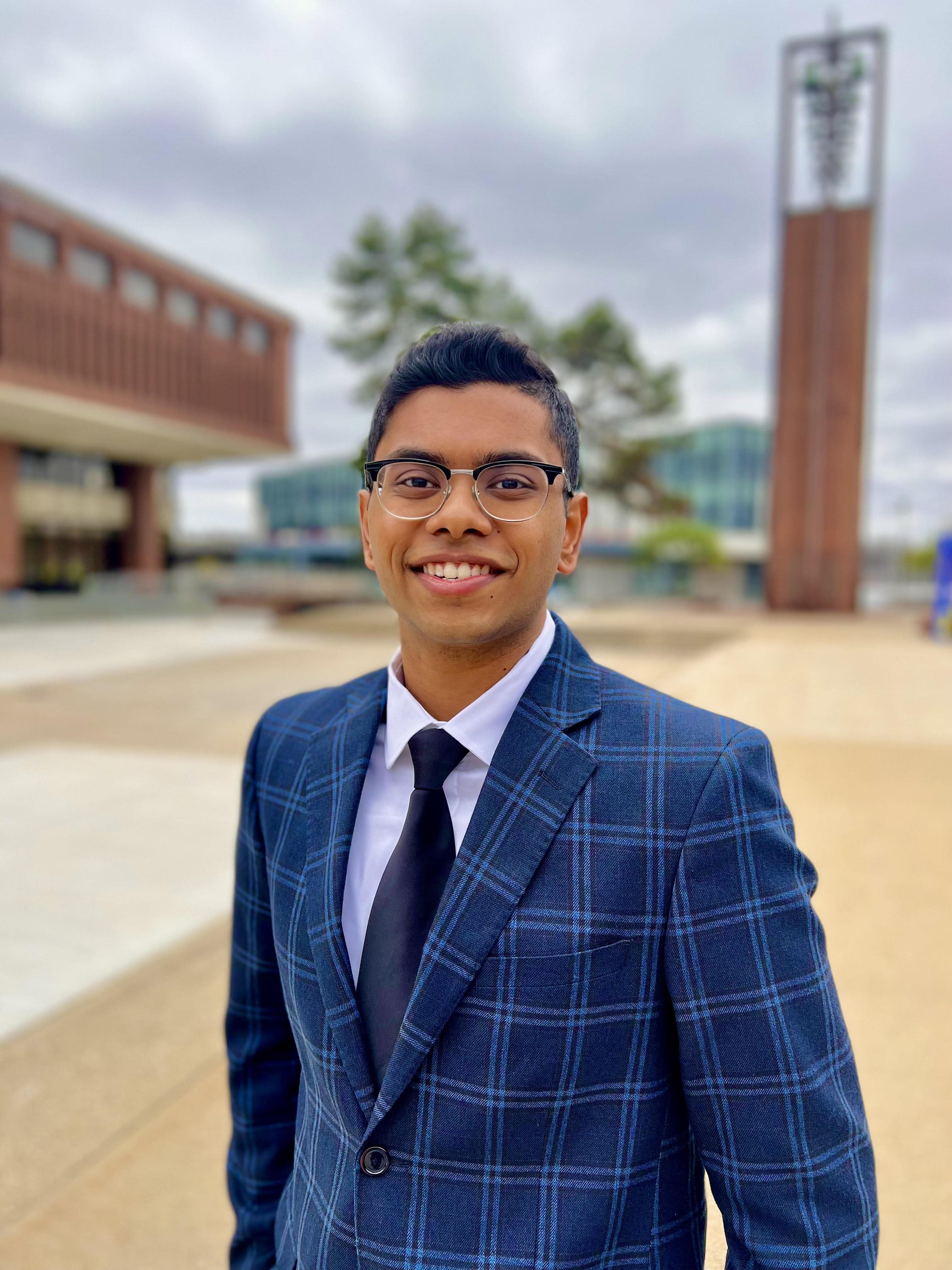 The task force is responsible for determining and implementing recommendations to improve voter education and youth engagement on college and university campuses across the state.

“This is a critical time in our nation’s democracy, and it’s critical that student voices be at the table,” Benson said in a press release. “The task force will play an important role in empowering and engaging student voters across Michigan to ensure their voices are heard on Election Day and beyond. I look forward to their recommendations and support their work to improve voter education, youth engagement and participation.

The students were selected from a pool of nearly 200 applicants. Tadepalli is the only Kettering student on the task force, which represents 18 community colleges, colleges and universities.

He said he pursued the task force appointment after serving in various positions at different levels of government. His experience includes serving as the Mayor’s Appointed Representative on the Troy Planning Commission, serving as Deputy Campaign Manager for Mayor of Troy Ethan Baker, and an internship at the Sierra Club, where he was the liaison with the office of US Senator Gary Peters.

“These experiments involved a lot of research and constituent services, which ranged from environmental policy analysis to many social issues that people were facing,” Tadepalli said. “I learned about the problems citizens were facing and understood the steps to take to protect the future of democracy. I wanted to be part of the task force so that I could serve as a bridge between faculty, staff, and students at the University and the Michigan Department of State.

Two Kettering courses, The Flint Water Crisis and Math for Social Justice, also inspired him to apply for the task force.

“These two courses really inspired me to take action to educate students about the issues we face in our city, state and country, and the importance of voting for leaders and bills that greatly affect us” , said Tadepalli. “Increasing voter turnout and on-campus participation is one of my goals as I am appointed to this prestigious position. I also wanted to join the task force so that I could give back to the community and create a positive and protected impact. for future generations of voters.

He said he also wants to increase voter education on campus so students can understand how bills and policies affect them and why they matter for the future.

Being selected for the task force is an honor, Tadepalli said, and he already has ideas to present to the group.

“Being Kettering a STEM school, many students focus on the various laws and regulations around sustainability, the environment, space and technology,” he said. “Increasing voter education in various proposed policies to address nonpartisan issues will help students understand how important it is to vote.”

After graduation, Tadepalli wants to pursue a master’s degree in cybersecurity or management, but he also hopes to serve in political office, which he says can work hand in hand.

“It will be anything from serving constituents in my local town on city council to running for public office,” he said. “At the same time, I want to continue working in the field of cybersecurity. With threats increasing daily and businesses being impacted by privacy and data protection, it is important that there are people who serve to protect the line of cyber defense. It is important to note that election integrity and election security are vital. This is where cybersecurity comes in, and I want to play a part in it.