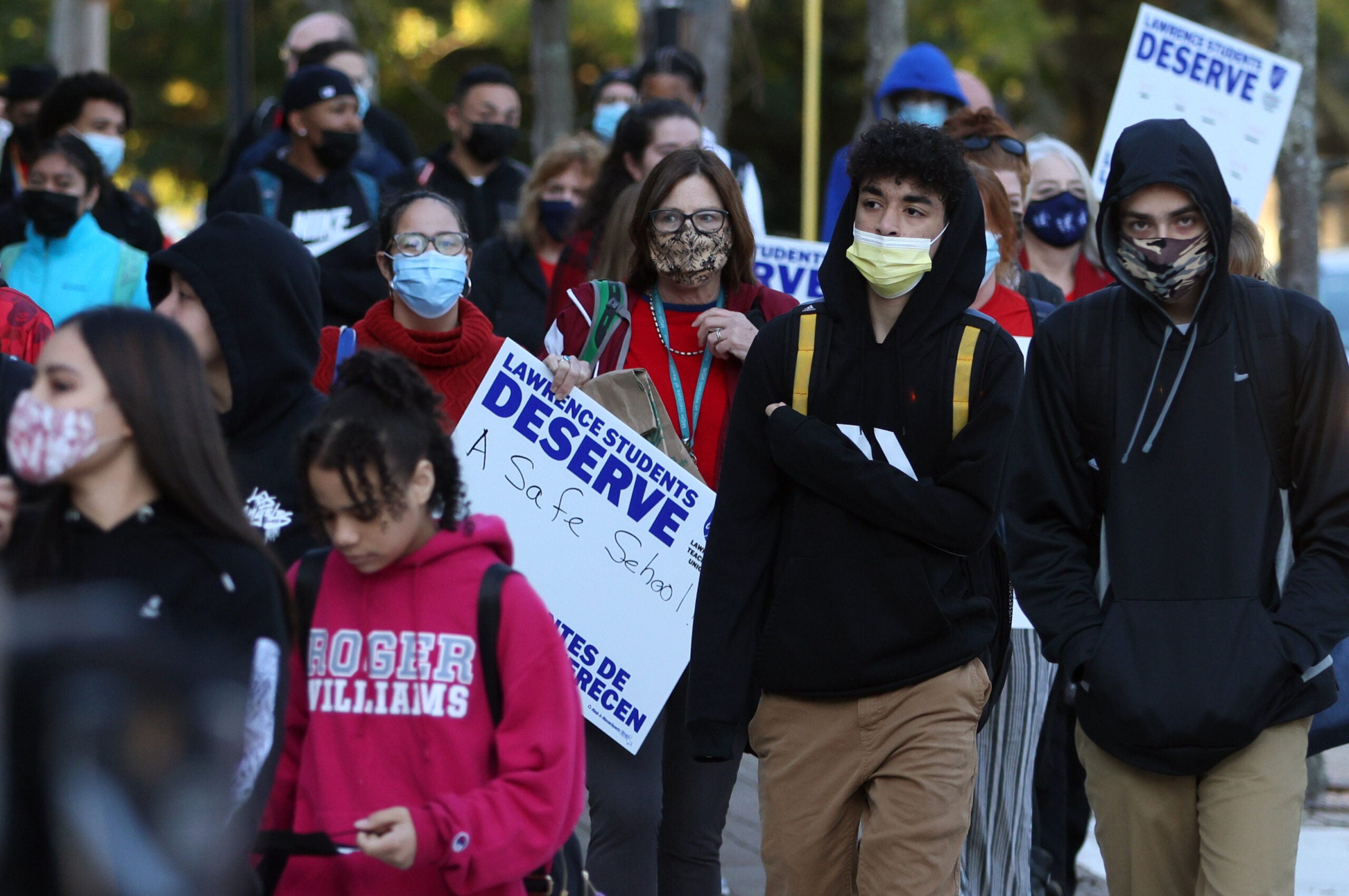 An emergency meeting was called between Lawrence City Council and Lawrence School Committee on Monday evening to discuss the number of brawls going on at the school.

And some have called on Superintendent Cynthia Paris to step down from her post, according to WCVB.

The meeting was called due to altercations between the students which also injured the staff. Six brawls broke out at the school last Tuesday, another occurred during the dismissal last Wednesday. The latter resulted in the arrest of three students.

After the fighting on Tuesday, additional police officers were assigned to the school. A student said a girl had a rod during one of the altercations.

“We had not anticipated the intensity of the level of emotional responses our students are feeling,” Paris said at a school council meeting last Wednesday, according to WCVB. â€œThe kids left college and came to high school with very different demands and expectations, and very little preparation for it. “

But Lawrence Mayor Kendrys Vasquez, who backed the teachers who held a rally on Monday, said it had to do with the district’s state receivership for a decade. He said control should be restored locally.

â€œIt goes beyond COVID,â€ he said on Tuesday, as WCVB reported. â€œThese are structural changes that are necessary to ensure that we provide the best quality education and a safe environment for our students and educators.

Earlier today, more than 100 people protested the ongoing violence, citing a lack of personnel as being partly responsible for the fighting, according to The Boston Globe. The meeting included a petition to end state receivership.

“We cannot just ignore the problems students bring to school with them and go straight back to testing without any effort to rebuild a school community,” Lawrence Teachers’ Union president Kimberly Barry said in a statement. obtained by the newspaper.

The students also expressed their concerns during the meeting. Pedro Santos, who attends high school, noted he and others feel like “outcasts” and that they are not listened to when speaking with a teacher or administrator.

â€œWhen we talk to them, we think, ‘Oh, this is a waste of time,’ he said. â€œFor all of these efforts, they’re not going to change a lot of us. If we don’t change our community, how are we going to change the children? â€¦ It’s for our youth. You have to think of everyone. We need to have empathy. â€¦ We must act now. Not tomorrow, not later, the present.

To address concerns, district officials discussed some changes to be made that would affect current and long-term issues to help stop the fighting. This could include tips, uniforms or checking IDs, according to NBC10 Boston.

Another measure discussed was to ensure that there is a better working relationship between the school, the city and the community. Discussions about the future of some school administrators were also offered, the news station said.

Stay up to date on all the latest news from Boston.com