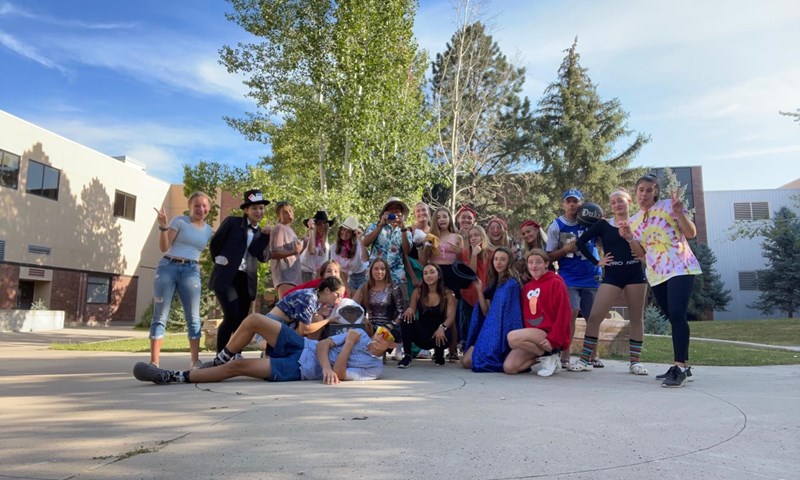 
Over the past 26 years, Dale Garland has made the Durango High School Student Council program one of the best in Colorado. Whether it’s his dedication to the CHSAA Student Leadership Advisory Committee, his commitment to the NatStuCo “Advice of Excellence” program, or his goal of showcasing his community by hosting a fall conference from CHSAA, Dale Garland has given his all to our student leadership community. On February 12, Garland officially announced her retirement. While his retirement is well deserved, students and counselors across the state should know that we are grateful for who he is and the impact he has had on schools across the state.

One of the many highlights of our work with Dale was when we partnered with him to organize the CHSAA Fall Conference in Durango. It looked like we were going to have a tough campaign to get northern schools to descend on Durango in October. Between bus schedules, hotel nights, and what the agenda might look like, there were questions and concerns from across the state. Dale, calm as he always is, simply laid out a plan that answered all questions. His group had a hosting plan and they weren’t going to be discouraged by forgetting any detail. In the end, Durango High School hosted one of the best fall conference events we’ve ever had. Their attention to detail, community hospitality, and detailed program has left us all a model of what future web hosts should do.

Dale has always made it a point to involve his students in as many CHSAA student leadership events as possible. Knowing that the best way to grow is to share who you are and what you do with others, Dale’s leadership groups were always optimistic, prepared and more than willing to seize every opportunity. Dale modeled excellence, so it was no surprise that his students did the same. He really is a person of character.

Here is the press release from Durango High School:

Durango HS Student Leadership is pleased to announce that Ms. Michelle Flom has been selected as the new Durango HS Student Leadership Advisor. Flom supports a student leadership program that has been recognized as a Council of Excellence by the National Association of Student Councils 10 times since 2010.
Flom, who graduated from Durango HS in 2001, has been teaching at DHS since 2020. Flom replaces Dale Garland, who is retiring after being Durango HS Student Leadership Advisor since 1996. “I am so excited and honored to have the opportunity to carry on the legacy and traditions Dale has created as well as put my own stamp on the program. I inherit a large group of students and I can’t wait to get back on track.
“Student council is a program that greatly shaped my high school experience. The dedication and commitment I have seen from current student council members makes me excited for the future of DHS student government. The program will continue to thrive thanks to Ms. Flom’s experience at DHS and the members’ passion for creating a welcoming culture at DHS. commented Ellie Clark, Student Body Co-President of Durango HS.
School District 9R Director of Athletics and Activities Ryan Knorr added, “One thing our administration team decided early in this process was that there was no replacement for Dale Garland, and we knew that envisioning the next chapter of the DHS Student Council was a huge challenge. That being said, Michelle Flom is ready to take on this program – her experience as a former student here, her work ethic and her perspective on inclusion are going to serve her and our student body well in moving from the front. We’re lucky she’s stepping into the role. This incredible group of students and the future of our program are in good hands.”
For more information on the Durango HS Student Leadership program, contact Mr. Ryan Knorr, Director of Athletics and Activities for School District 9R at [email protected] or Durango HS Student Leadership at [email protected].

As a former student leadership counselor, I want to thank Dale for all he has done for student leadership programs across the state. I hope he continues to check out the work that Durango High School is doing and maybe even attend a fall CHSAA summit. I would also like to take a few moments to welcome Michelle Flom. For all the incredible work Dale has done over the past 26 years, I look forward to working with Michelle and helping her continue to build the culture, pride and active involvement that the Durango High School Student Council had with CHSAA.

Once again, thank you Dale Garland for giving your very best to Durango High School and CHSAA student leadership.