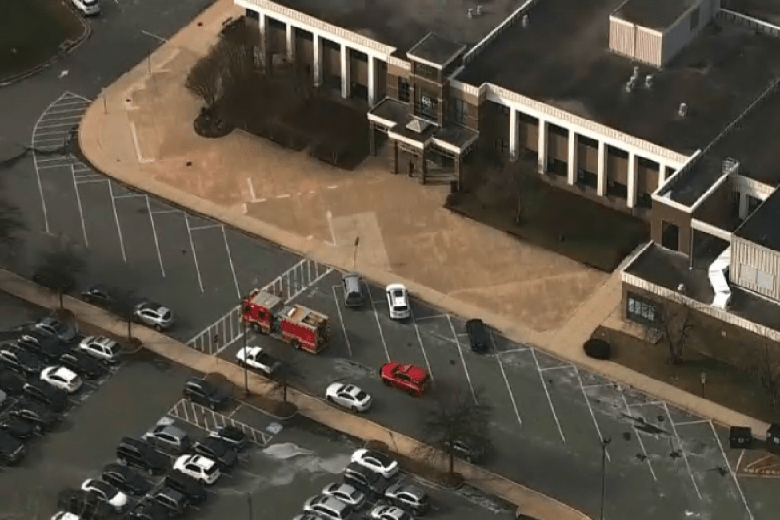 A Montgomery County, Md. student was released from surgery and in stable condition Friday night, a police spokesperson said, following a shooting at Magruder High School in which another student was arrested.

A Montgomery County, Md. student is out of surgery and in stable condition, a police spokesperson said, following a shooting at Magruder High School in which another student was arrested and is currently being held without bond.

Montgomery County Police said school security became aware of an incident in the school restroom at 12:53 p.m. Friday. A 15-year-old student had been shot and 911 was called four minutes later.

Police Chief Marcus Jones said the school was closed minutes after the call, adding that officers conducted a methodical search of the building. “We believed at the time that the student was not a danger to other students.”

The suspect, whom police identified as 17-year-old Steven Alston Jr., was found in a classroom around 3 p.m.; police found the weapon nearby. Alston, a student at Magruder High School, is charged as an adult.

The injured student was taken to hospital in serious condition and underwent surgery, Jones said.

Police confirmed on Saturday that the weapon used was a ghost gun, but it is unclear how he entered the school. He added on Friday afternoon that police had yet to speak with the suspect’s parents.

Montgomery County police said the incident was caused by an argument between the two students and they don’t believe Alston was targeting anyone else.

The school, located in Derwood, Maryland, was closed for about four hours after the shooting. The dismissal began between 5 and 6 p.m., according to a letter from Principal Leroy Evans.

Dr. Monifa McKnight, Acting Superintendent of Schools, thanked teachers, staff and students at the school for sticking together through a stressful afternoon. “I know this is a very difficult situation for you,” she said.

The crisis management team would be at the school over the weekend and next week for anyone who needed help, and the employee assistance program was available for staff, McKnight said.

The Montgomery County Board released a statement Friday night, saying it was heartbroken by the “senseless shooting” at the high school. Board members wished the injured student well and thanked school staff and first responders.

The council also encouraged young people, their parents and school staff to take advantage of the services offered by the county and its partners.

McKnight said guns and gun violence are “a plague” in the county and across the country.

“We need to keep guns out of our school, but also out of reach of young people in the community,” she said.