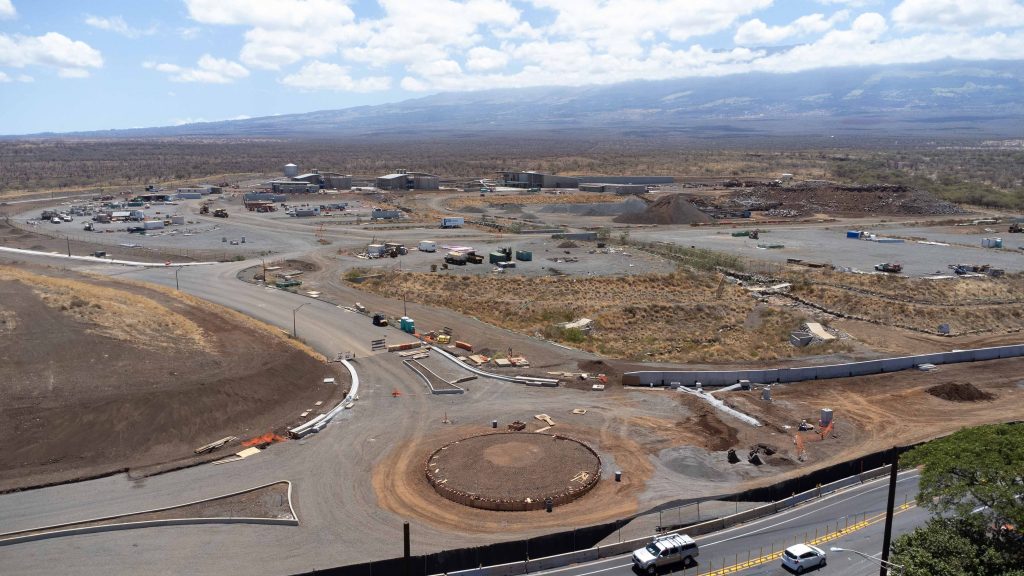 At its September 1 meeting, the Maui County Planning and Sustainable Land Use Committee will likely discuss the current dilemma regarding how pedestrians and cyclists will safely cross the four-lane Piʻilani Freeway to at the new Kūlanihākoʻi High School in Kīhei.

The agenda indicates that the committee may discuss the 2021 Annual Report of the Hawaii State Department of Education’s 10-Month High School Project and related matters.

Nothing about high school will be decided at the meeting. But committee members may try to get answers from the Department for Education, which still says the plan is to open the high school to a limited number of ninth-graders in January – despite no passage higher or lower required by the state to cross the freeway.

The fastest time frame for building such a crossing is about three years, and it could take up to six years, according to consultants from the Ministry of Education. There is also the issue of funding. Currently, there is no money earmarked for such a project.

The council committee meeting is held at 9 a.m. in the council chambers, 8th floor of the Kalana O Maui building, 200 South High Street in Wailuku. It can also be viewed online at https://bluejeans.com/149341846.

Maui County Planning Director Michele McLean reiterated Tuesday that the county cannot give the school a certificate of occupancy in January unless the Department of Education secures an amendment to the State Land Use Commission crossing requirement. This requirement was put in place in 2014, as part of the rezoning of 77 acres from agriculture to urban for the school.

The Department of Education has already tried to get the Land Use Commission to grant them an amendment that would allow the school to open with only a roundabout and grade crossing. It offered a commitment to future studies on the provision of a grade-separated pedestrian crossing. The Land Use Commission agreed with Maui County and denied the request in April 2019.

Despite that denial, the Department of Education, with the support of the Hawaii State Department of Transportation, rolled the dice and spent $16 million on the controversial roundabout with only a crosswalk at the level. of the road with fast flashing beacons. Their plan was to collect data on the roundabout once it was in use to “hopefully” show that it was safe and that further crossings were not needed.

At this late stage, McLean said if the Department for Education still plans to open in January, it needs to quickly come up with a proposal for the use of buses, crossing guards or an alternative plan to transport or guide safely students and others on the highway.

Then this proposal should be presented to the Land Use Commission as a temporary solution – during the period when the school would only have a limited number of enrolments, and just until the overpass or lower permanent can be completed. The Land Use Commission would have to approve the amendment for the county to sign the certificate of occupancy.

“We would love to work with them [the Department of Education] on language or ideas,” McLean said, adding that there is an “appetite” for a temporary solution as long as there is a guarantee that a permanent crossing will be built as soon as possible.

“The kids want to go to the new school, but like I said, we’re not going to approve anything unless there’s compliance and a plan where the kids or the parents won’t be hurt. , or worse,” McLean said.

The Department of Education’s communications department did not respond to an interview request or emailed questions Wednesday morning.

Tina Rasmussen said information gathered from community focus groups has been incorporated into a five-minute survey soon to be available to Maui County residents. It will be in four languages.

The survey has been sent to the Ministry of Education for approval, which it says will happen in the coming days. People will have two weeks to complete it.

A community open house is also planned for the end of the month, but no date or location has yet been set.