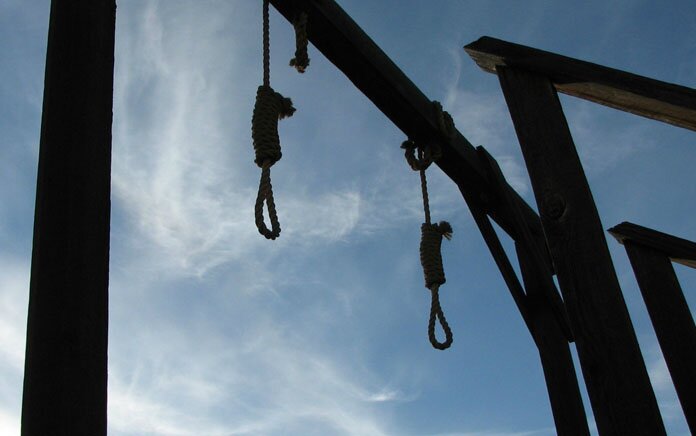 Other death sentences have been carried out in Iran in recent days.

At dawn on Wednesday March 16, 2001, the death sentence of a prisoner named Yousef Hashemi was carried out in Qazvin prison.

Yousef Hashemi was the father of a child and his job was to repair alternators and car batteries before his arrest. He was charged with murder.

He had been in prison for four years and had already been taken to the gallows. He had received a reprieve from the victim’s parents but had not been able to satisfy them during this period.

The execution of this prisoner has not been published in the media and official sources so far.

According to published information, the death sentences of 10 prisoners in Miandoab and Shiraz prisons have been carried out in recent days, but the news has not been published anywhere.

At dawn on Thursday, March 17, 2022, a Baloch prisoner by the name of Aminullah Gargij was executed at Adelabad prison in Shiraz for drug trafficking.

Aminullah Gargij is the son of Abdul Hamid from Zahedan and was reportedly arrested in 2017 for drug trafficking and sentenced to death.

At dawn on Thursday, March 10, the death sentence of a man named Nizam Ali Mirzaei was carried out at Miandoab prison for murder.

Nezam Ali Mirzaei was married with one child and worked in a bakery before his arrest. He was arrested for murder about eight years ago and is in jail.

Also, death sentences of 8 prisoners were carried out in Adelabad Jail in Shiraz last month, but his report has not been published anywhere yet. These executions include:

Bashir Kameli was executed on Wednesday March 16 for drug trafficking.

Ahmad Salarzehi and Naeem Shahbakhsh were executed for drug trafficking in the second week of March.

Mohammad Reza Heidari was executed the first week of March for drug trafficking.

Mohammad Anbarzehi was executed in February for drug trafficking.

The execution of these prisoners has remained secret until now and has not been announced anywhere.

Ebrahim Raisi’s inauguration has seen an appalling increase in the frequency of executions in Iran. This development is consistent with the mass executions of Raisi in Iran, particularly in the summer of 1988.

Iran is second only to China in the number of executions worldwide – but with a much smaller population.

Under its Islamic penal code, a death sentence can be imposed for crimes such as kidnapping, adultery, alcohol consumption and political crimes as well as murder.

Children can also be sentenced to death, which is against international law.

Iran HRM again calls on the Office of the United Nations High Commissioner for Human Rights, the United Nations Human Rights Council and other human rights institutions to take urgent measures to save the lives of Iranian prisoners sentenced to death. The case of the Iranian regime’s human rights abuses must be referred to the UN Security Council. The leaders and officials of the mullahs’ regime in Iran must face justice for four decades of crimes against humanity.