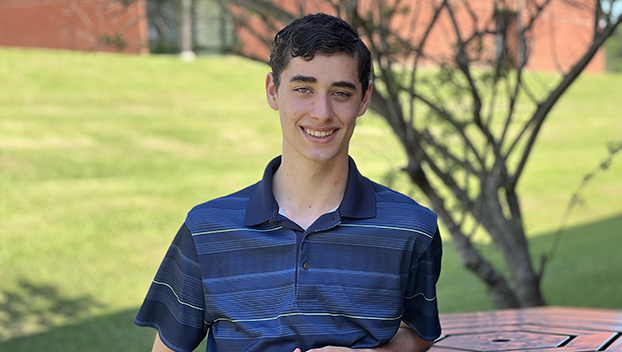 NATCHEZ — Being the “top nerd” seems to be paying off for Natchez Early College senior Timothy Blalock, the son of Liz and Tim Blalock.

He received the Star Student Award from the Mississippi Economic Council.

The award is given to a student with the highest ACT score at each school participating in MEC’s ​​Star Student-Star Teacher program statewide. The ACT exam is used as the entrance exam by most colleges and universities nationwide.

The highest possible score is a 36. Blalock achieved a composite score of 33 on his last attempt and a super score of 34, which is calculated by taking the average of the highest scores he achieved in each area test from multiple tests, he said.

It is the star student’s responsibility to choose a star teacher who has helped them succeed in school. Blalock said he named his favorite teacher the late Peter Ensminger, who taught social studies at Natchez Early College just before his death in February. He has taught at Natchez-Adams Schools, Natchez High School and Natchez Early College, beginning in 2014.

To his students and to Blalock, Ensminger was affectionately nicknamed “ME”

“He was always there when I needed him,” Blalock said.

Mr. E, who had a passion for superheroes, started a comic book club in 2015. Upon his death, Blalock said he took over as president of the comic book club and hopes that this will continue for future students.

“I tried to keep everything that happened in his memory,” Blalock said. “I try to organize it so that when I graduate it doesn’t die out.”

Blalock said he had been with the Comic Book Club for four years. Their main events are movie nights and a gaming tournament, “which I won,” he said. He said he could “quickly run” the original Mario game in nearly 6 minutes.

He has a natural talent for solving math problems, he said.

“I was in the robotics club before COVID and I was the tech,” Blalock said. “We were going to competitions and I really liked it. There are like 1,000 nerds in the same room and you fight to see who is the best nerd, to put it simply.