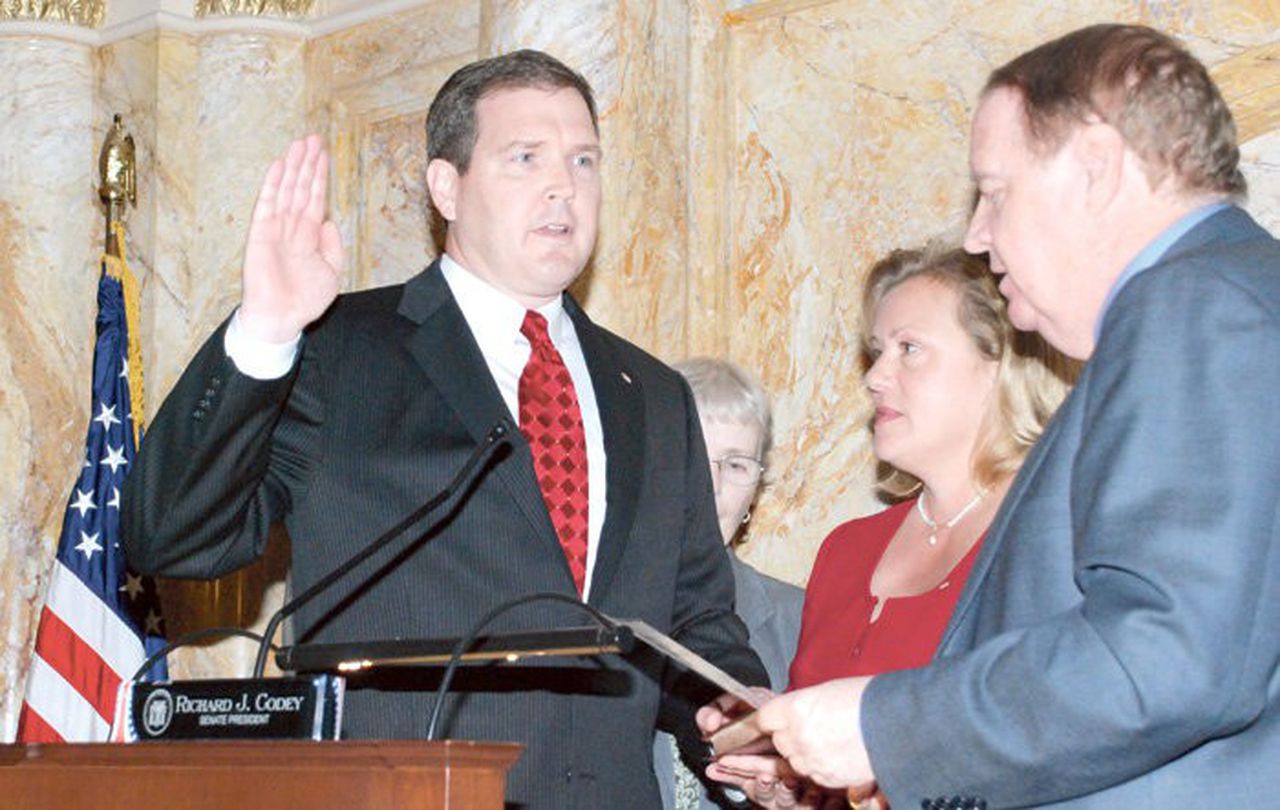 Michael Doherty says he will push for the abolition of the Highlands Planning Council in his new post as State Senator for the 23rd District.

The eight-year Warren County assembly member was sworn in on Nov. 23 to succeed Marcia Karrow, who had held an acting position since February. The ceremony in Trenton drew New Jersey Congressmen Leonard Lance and Scott Garrett, as well as incoming Governor Chris Christie and Lieutenant Governor Kim Guadagno.

The new senator said his main goal would be to improve the economy, including working closely with the Republican governor.

“At the end of the day, everyone should have the dignity of a job and take care of their families,” said Doherty, a patent attorney who lives in Washington Township in Warren County. “New Jersey lags behind and has the highest unemployment rate in the region, where it has always been a leader.”

Christie asked the GOP Senate caucus that day to be mindful of current budget spending, work for which Doherty will play a role as a member of the Budget and Appropriations committee.

In his remarks, Doherty highlighted his main concerns about private property rights and how Highland law puts this at risk for much of the state, including much of his district.

Christie had raised similar doubts during the election campaign, Doherty said.
If the Highlands Planning Council were removed, he said, all other laws imposed by the Department of Environmental Protection and other agencies that affect all municipalities in the state would still be in effect. Water, soil and land would always have protections, he said.

In times of economic downturn, the Highlands “have added great uncertainty to economic activity in this part of the state,” he said. In addition, there are no predictable plans to provide compensation to landowners who see the development potential of their land taken away from them, he said. Improving the economy is the most important thing the state faces imminently, he said. Doherty said Gov. Christie would have the power to appoint department heads of agencies that Doherty said had been too aggressive in the past and, therefore, would hurt business. To reduce the state budget, it might be necessary to reduce the number of state employees, Doherty said, adding that attrition over time would lead to huge cuts. He said New Jersey needs to benchmark itself, department by department, with what other states are doing and see what the staffing levels are.

APC may postpone local council and state congresses – Nigeria – The…

State AG will not address the issue of residency