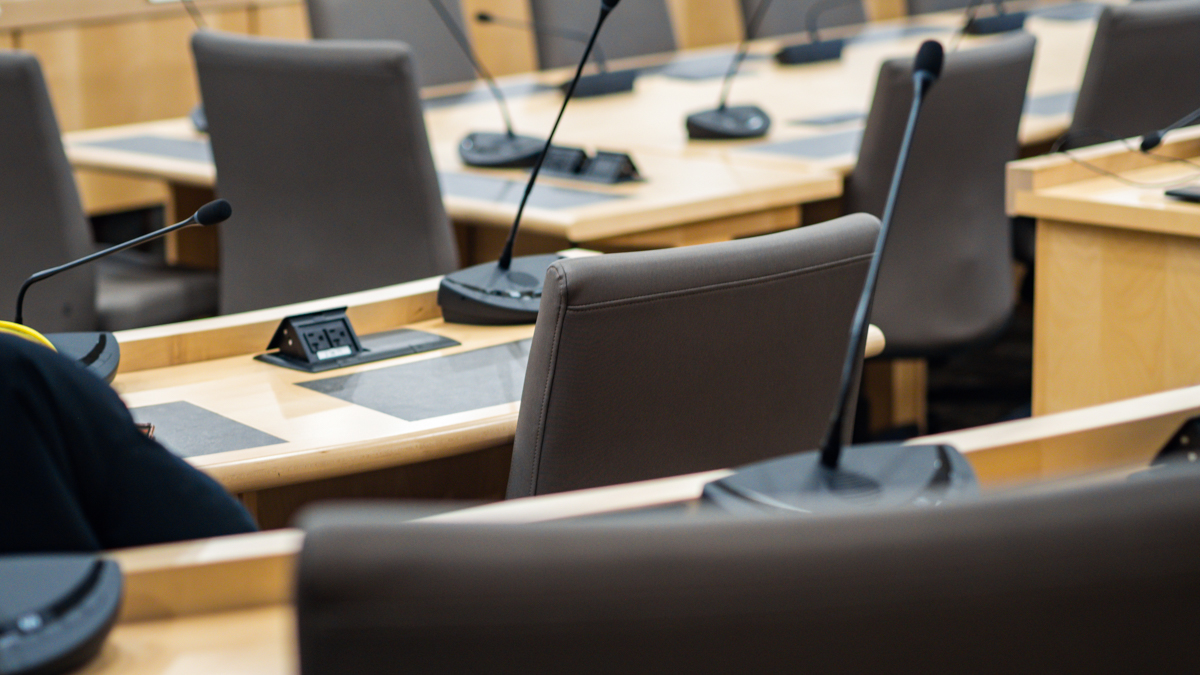 Notes from the Board: State of the Union presented to the Board, Campus Safety and Security Policy Review approved

“Council Notes” is The Gateway’s ongoing series of recaps of notable items from student council meetings.

At the July 12 student council meeting, the council received a presentation on the state of the union and passed a motion to review campus safety policy.

Marc Dumouchel, Executive Director of the University of Alberta Students’ Union (UASU), gave a presentation of the state of the union to update the Board on the return to campus in the fall, renovations to the Myer Horowitz Theater, UASU’s digital platforms, and the Master Plan for the Students’ Union (SUB) building.

UASU’s financial situation over the past two years was described as “solid” by Dumouchel, referring to wage and rental subsidies obtained by UASU from the government during the COVID-19 pandemic.

“Overall, during the pandemic, we are ahead [of the expected budget]“said Dumouchel. “We are a bit worried because we have to get back to where we were, [but] we really hope we do.

Notable construction updates included the addition of gender-neutral restrooms on the ground floor of the SUB and Myer Horowitz Theater. Additionally, solar panels totaling 200 kilowatts of output power will be installed above the theater by early 2023.

As part of the effort to restart student life, Dumouchel announced plans to break the world record for the biggest dodgeball game again. The objective will be to break the current record of 6,084 people.

Dumouchel also announced its intention to pursue the development of Benefits of UASUa new UASU website for the fall semester and the restart of SUV. SUTV, a network of digital screens, generates revenue as an advertising medium by allowing customers to purchase digital signage which is displayed primarily on North Campus.

Dumouchel presented the SUB Master Plan, a 15-20 year strategic plan for SUB. The plan will improve aspects of the building such as sustainability, inclusiveness and accessibility.

“We can make the SUB much better and we have to, as an economic engine, as the backbone of our organization…we have to keep our building competitive,” Dumouchel said.

After the presentation, Simran Dhillion, a science advisor, asked how accessibility will be improved around construction sites on campus.

“In winter last year, we had this ramp [at the north entrance of SUB] and we didn’t salt it in time, [causing] lots of slips and falls,” Dhillon said.

Dumouchel responded that the current target date to reopen the northern entrance is September 20 and that “hopefully it won’t be the same problem this year.”

During the Q&A, Levi Flaman, a business adviser, asked if Room at the Top (RATT) would continue to be primarily a bookable space for student groups to avoid competing with Dewey’s as a only second bar on campus.

Julia Villoso, UASU Vice President (Operations and Finance), clarified that RATT was a bookable space because it makes financial sense not to have competition between the two bars.

The RATT is only open as a bar on Fridays, which is a day when there is enough demand to sustain it, according to Dumouchel.

“We actually saw that by closing RATT and reopening it on Friday, Dewey made more money after COVID-19 than before,” Villoso said. “At the moment, I’m pretty sure we’re still sticking to that model and seeing how it plays out.”

After the presentation, Villoso moved to ratify changes to the collective agreement between UASU and Canadian Union of Public Employees (CUPE) Local 1368, a motion carried over from the previous Student Council meeting.

Chanpreet Singh, an engineering consultant, moved to direct the Policy Committee to propose new clauses for Second Principles 13 and 16 of the Campus Security Policy to the student council by September 30, 2022. This news clauses would be formed after consultation with the International Students Association (ISA), Indigenous Students Union (ISU) and other stakeholders.

“The purpose of this motion is to solemnly send these two resolutions – which I have found to be the main cause of the conflict we have – for further consultation, and perhaps to find common ground [between stakeholders]“, Singh said.

Levi Flaman, a business adviser, managed to amend the motion to direct the policy committee to propose a new campus security policy rather than just the two resolutions.

“People I’ve spoken to feel [that] the policy needs to be revised and rewritten, or reversed entirely, not just [changing or removing] some of the resolutions,” Flaman said.

Flaman explained that the policies should be made less specific.

“We should strive for general, non-specific and deliberately vague policies,” Flaman said. “Campus safety and security policy, on the other hand, breaks down into very specific groups, which need to be kept out of the policy itself.”

“I sincerely believe that it is indeed necessary that we go back to the students to see what we could do,” Liu said. “[We should] hear from more students and student groups to find out what they want to make campus safer.

Nursing Advisor Ibukun Ojo then successfully moved to make another amendment to the motion. The motion has been updated to direct the Policy Committee to review campus security policy at the student council and consult with the ISA, ISU, other stakeholder groups and students on it by November 30. Thereafter, if deemed necessary after consultation, the policy will be revised and presented to the Student Council by December 30.

The amended motion is carried unanimously.

Debt consolidation is not a solution to credit problems