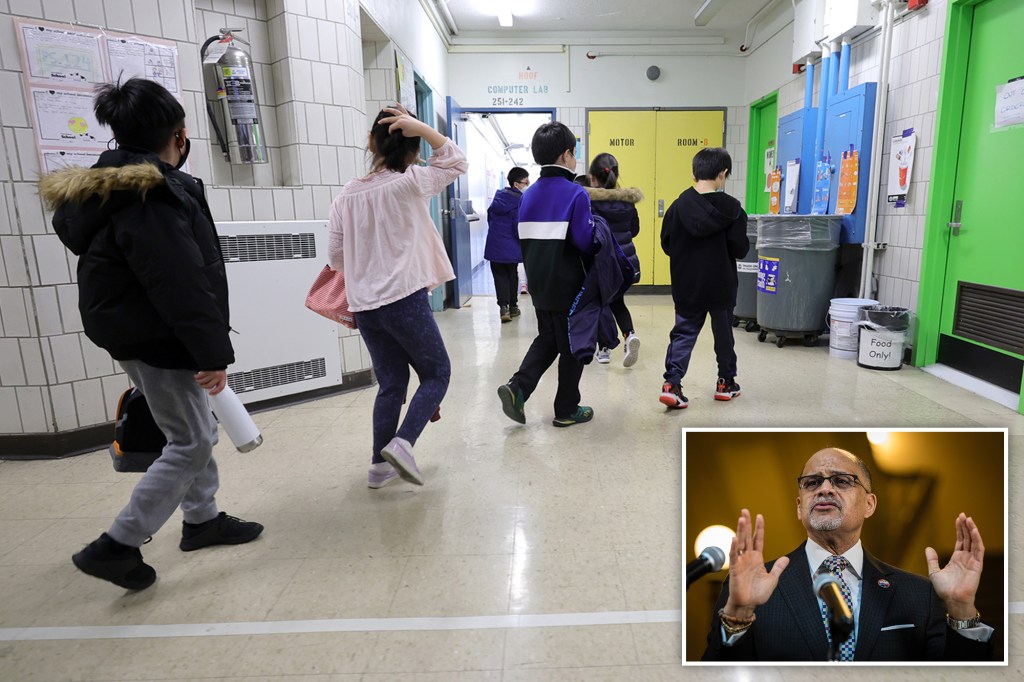 The city’s Department of Education is determined to entice families into the public school system, but is bracing for reality if it can’t.

Schools Chancellor David Banks spoke to the council’s education committee on Monday on the proposed education budget, which takes into account pupil enrollment forecasts and trends. Previously, during the pandemic, schools did not lose funding if enrollment dropped.

According to the department, 120,000 students and families have left city schools in the past five years.

“How many more will come back?” We do not know. So we have to hope for the best but plan for the worst,” Banks told the committee.

Much of the loss can be attributed to a drop in the number of new enrollees, the Independent Budget Office found this month. That includes families from some of the city’s traditionally most sought-after school districts, encompassing neighborhoods like Greenwich Village and Park Slope.

“For our schools to deliver on their original promise to serve as the engine of the American Dream, we will need to do things very differently in ways that build trust, one big step at a time,” Banks said.

To help bring families back or enroll new families, Banks said the system needs to connect students to the “real world” and “what matters to them,” and engage parents as partners.

“It’s the biggest complaint I’ve heard since I started as chancellor – parents felt ignored and disrespected,” he said.

The banks added that many schools have seen “big changes” in enrollment in recent years that have yet to be reflected in their budgets. To soften the blow next and subsequent school years, the system will spend $160 million and $80 million in federal funding to partially offset those losses.

Council members urged banks to strengthen listings and explain how these relate to other problems facing the system, such as dilapidated buildings and other crumbling infrastructure.

“You want to bring them back, but the environment also has to be inviting,” said Brooklyn District 40 council member Rita Joseph, a former teacher who heads the education committee. “Most look like prisons. They said the colors are terrible, the sets are horrible.

“We are also trying to be financially prudent as we examine what these trends demonstrate. So it’s disturbing, and so we have some tough choices to make here,” Banks said.

“How can we get families to re-engage, trust and want to come back to our schools? It will solve a lot of these other financial problems that we have.