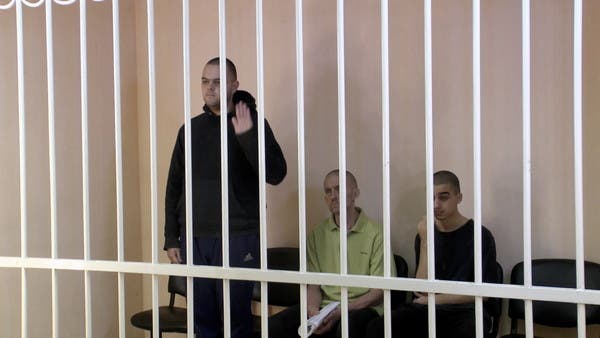 Morocco’s national human rights body has urged Russian authorities to ensure a “fair trial” for a young national appealing a death sentence handed down by a pro-Russian court in Ukraine.

Brahim Saadoun, a Moroccan citizen born in 2000, was sentenced to death on June 9 along with two British men by a court in Donetsk, a small self-declared state in eastern Ukraine.

The trio have been accused of acting as mercenaries for Ukraine following Russia’s invasion of its neighbour.

For the latest headlines, follow our Google News channel online or through the app.

She urged the Russian body to take “the necessary measures to ensure that Brahim Saadoun receives a fair trial during his appeal”, the source said.

Taher Saadoun, father of the accused, said his son, who obtained Ukrainian citizenship in 2020, “is not a mercenary”, calling him instead a “victim of manipulation”.

But Dmytro Khrabstov, 20, a friend of Saadoun, said the Moroccan joined the Ukrainian army last year, telling friends he wanted to “die a hero”.

The Moroccan government did not respond until last Monday, saying through its embassy in Ukraine that Saadoun “was captured while wearing the uniform of the Ukrainian state army, as as a member of the Ukrainian Navy Unit”.

He said he was “currently imprisoned by an entity that is neither recognized by the United Nations nor by Morocco”, without further comment.

Morocco has adopted a position of neutrality at the United Nations on the war in Ukraine.

The decision reflects Rabat’s desire to avoid alienating Russia, a member of the UN Security Council, over the issue of disputed Western Sahara, a Moroccan diplomatic priority.

Morocco controls 80% of the disputed former Spanish colony and insists the territory must remain under its sovereignty, while the Algerian-backed Polisario Front movement seeks independence.

A Moroccan man sentenced to death in Donetsk holds a Ukrainian passport: his father