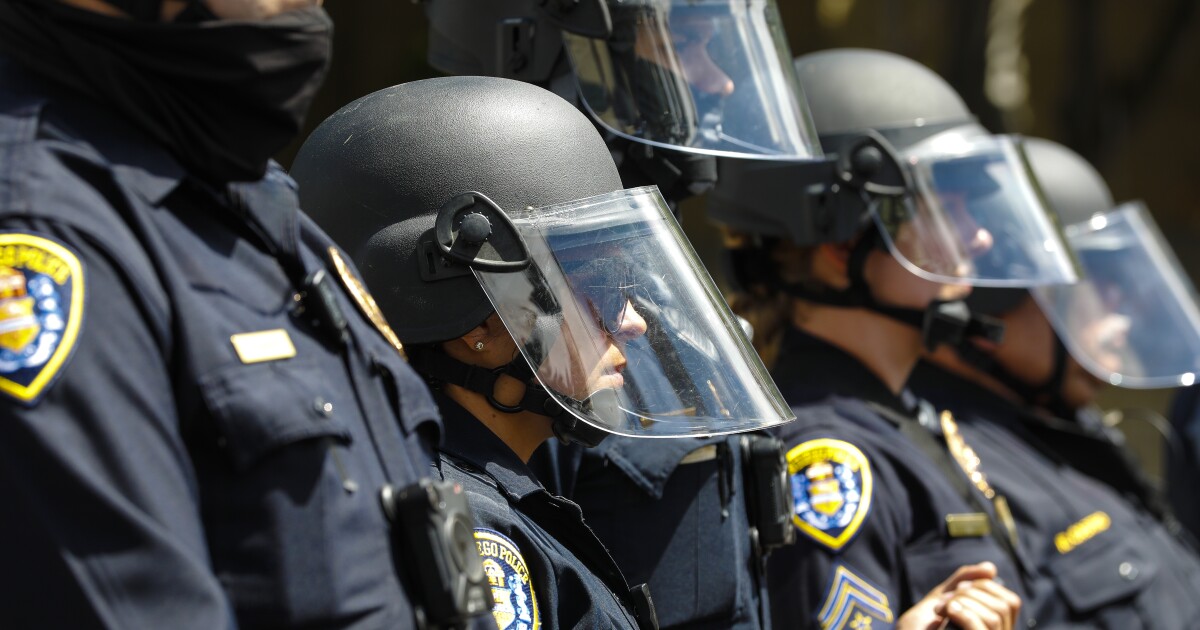 The San Diego City Council’s Public Safety and Liveable Neighborhoods Committee voted 4-0 Friday to move forward with a revised draft of the ordinance that will shape the city’s new Police Practices Commission.

The proposed ordinance has been in the works since last February, when the same committee ordered the city attorney’s office to draft a proposed ordinance for the commission, which was created in late 2020 after nearly 75% of voters voted approved the ballot Measure B. This measure dissolved the city’s existing police review board – which had no investigative authority – and authorized the creation of a commission with investigative powers, independent review and audit of the San Diego Police Department.

The Public Safety and Liveable Neighborhoods Committee, chaired by Pro Tempore Council President Monica Montgomery Steppe, rejected an early draft of the ordinance last June. Critics argued that the draft did not give the commission enough power or independence and fell far short of what Measure B had promised.

A month later, City Attorney Mara Elliott offered outside legal counsel to help revise the ordinance, and that draft proposal was made public last week. Several social justice groups held community meetings to discuss the latest proposal, which many local activists said was an improvement over the first iteration, but still fell short of the target.

During Friday’s special meeting, dozens of community members, as well as current members of the Policing Practices Commission, spoke out against parts of the ordinance they said still needed improvement.

Among the main concerns was language that could ban people from the commission who have criminal convictions on their record. People who oppose the restriction say it excludes important prospects of those who have been directly affected by the police.

Community members also asked the committee not to allow negotiation sessions on the ordinance between the police union and the city, fearing that the union would try to weaken it. Others have expressed concern that language allowing for independent investigations into shootings and allegations of police misconduct is still not strong enough.

“My main concern is that the records section needs to be more robust,” Doug Case, the first vice president of the Police Practices Commission, told the committee during public comments. “To fulfill our mission to review and evaluate police department policies, procedures and practices, we require unfettered access to all records maintained by the city…To make informed recommendations regarding discipline (for officers) … we need specific information permission to access disciplinary records.

Attorney Andrea St. Julian, author of the charter amendment that became Measure B on behalf of Women Occupy San Diego, and also author of a “voters’ ordinance” that community members had championed in instead of the one drafted by the city attorney’s office, asked the committee to delay approval of the draft ordinance to give the community more time to review it.

St. Julian said the “change in definition of investigations” from the first draft order to the second is “unfortunately not quite there yet, in terms of solving the problem.” She also argued that “collective bargaining must be abolished”.

Montgomery Steppe, a strong advocate for police reform, told community members that she shared some of their concerns and was grateful for their input, but was “proud of what we have in front of us today. ‘today’. Montgomery Steppe offered to approve the ordinance and send it to the full council.

“As I have truly trusted (the) community and taken this contribution, I would simply ask for the extension of that same trust and commitment,” she said, explaining her decision not to delay the sent to council. “I have to, in my position, assess the law, and…even when it comes to accountability to the police, one of the only groups that has a bill of rights specifically for them.

“And so, under all of that, I believe we’ve crafted an order that respects the spirit and intent of Measure B, and is also legally authorized based on the police officers’ bill of rights, based on ( the) city charter … based on a lot of labor laws that we have to adhere to,” she said.

St. Julian and Maresa Martin Talbert, co-chairs of San Diegans for Justice, released a statement after the meeting thanking Montgomery Steppe and the three other committee board members for making changes to the proposed order throughout the meeting. week and at the Friday meeting.

“Although we were unable to meet all of our requests, we are encouraged by the progress made today,” the statement said. “Our main concerns remain that we will not allow the results of collective bargaining to control Commission proceedings and ensure the public nature of all CPP activities, as permitted by law. We look forward to working with the community, Council Chair Sean Elo-Rivera, and the rest of Council members to take further steps to address these concerns.