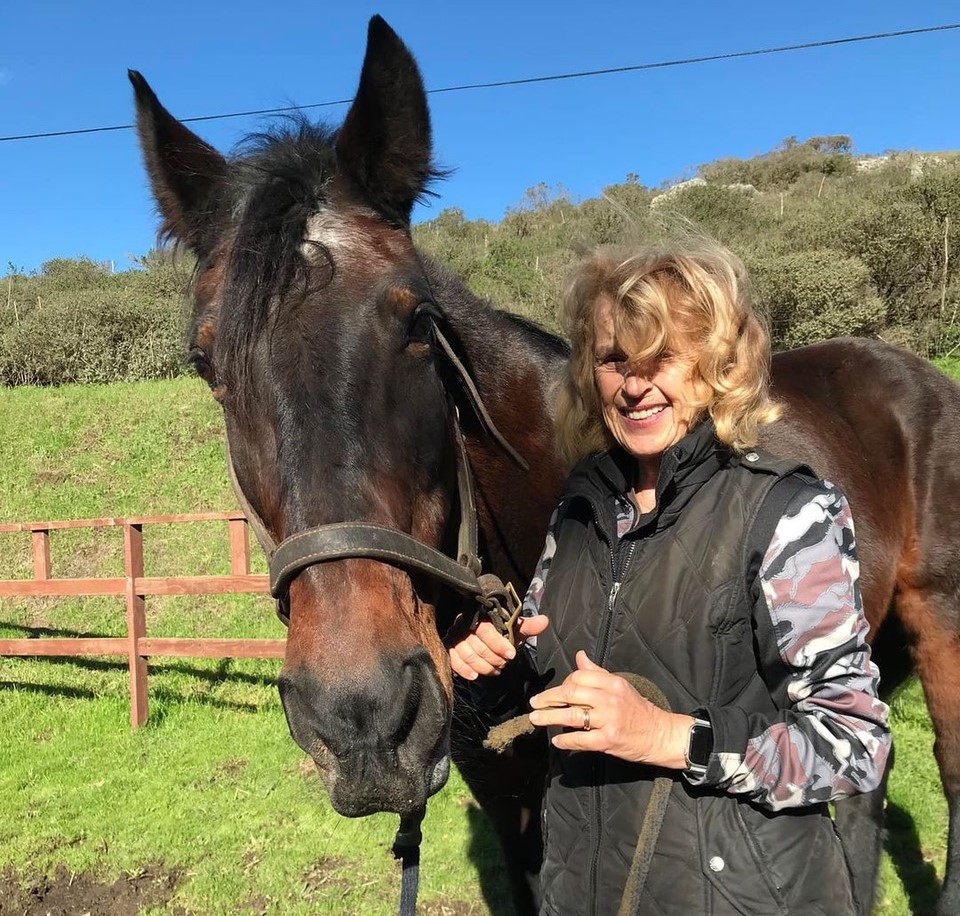 When Linda Rubio started riding as a girl, it was simply magical. It was everything she imagined and more. And as she got older and continued to ride and teach, she realized how lucky she had been to explore a passion not everyone can afford.

Although the San Rafael resident recently sold her 40-year-old Miwok Livery Stables in the Golden Gate National Recreation Area and retired, she wants to continue to ignite the love of horses in others. That’s why she started the Marin Horse Council’s Linda Rubio Equestrian Scholarship, which provides equestrian opportunities to people who otherwise couldn’t afford them.

Q What prompted you to launch Miwok in 1981?

A I had a similar business in Point Reyes, then moved to Mill Valley. I had a young horse and decided to keep him at Miwok Stables, which was then a co-op. When the area became public land, they needed a public program. I told my husband, Mike, I could do it, and he said, “Well, do it.” And I did, and it was a complete success.

Q You also had a nonprofit, Miwok Stables Center, for people who could benefit from interacting with horses.

A I opened up Miwok to anyone who had the passion or thought they had the passion, or were just curious to know what it was all about. Some people came and rode for an hour, others stayed for years. I had women who rode with me for 35 to 40 years. I really like helping other people and people would come up to me and say, “I know this group and I think it would help these kids. Some of those were Marin’s Sober Classroom, children with behavioral issues, and Healing with Horses for women recovering from cancer.

A I couldn’t imagine retiring because I loved my job. I used to tease my sister-in-law, “If you’re going to throw a retirement party for me, it’ll be at my funeral.” But after my husband retired, I felt like it was our golden age and maybe I should spend more time with him and my family.

Q How did the scholarship start?

A Marin Horse Council wanted to throw me a retirement party this year. I thought of my association and all the people we were able to help. The kids and people I taught at Miwok over those 40 years, and everyone in my life, all had one thing in common: they could afford the lessons. I started thinking about a girl or a boy who lives in Marin and whose parents cannot afford it, and it would not be good if there was a scholarship for them. I think a lot about children because I loved teaching children. So I spoke to Amory Willis, the president of the Marin Horse Council, and she said, “That’s a great idea. Last month’s retirement party was a fundraiser for her.

Q What are your hopes?

A Dreams are the start of everything. I think it could change a life. I know a lot of kids who came to Miwok and made lifelong friends, I know a handful who became vets. Horses teach people so many things – responsibility, communication, being in the present – and they make you aware of and appreciate your environment and everything around you.

Q What prompted you to turn your love into a career?

A No matter what other direction I tried to go, I just wanted to be with the horses. I always ride. I feel like if I ever wrote a book, the last sentence of the last chapter would be, what chance do I have?

Q In retirement, you continued your work as an equine expert witness. How did it start?

A In 1989, a friend of my husband, a lawyer, received a case concerning a horse accident. It was a big deal. He didn’t understand anything about horses and he called my husband and asked if I could help him understand some things. I said yes, I went to town, hung out with him for a few days and ended up working with him on the whole thing. The case was taken to court and I even testified. Over the past 10 or 15 years, it’s gotten bigger and bigger. I work on cases all over the United States. It makes life interesting.