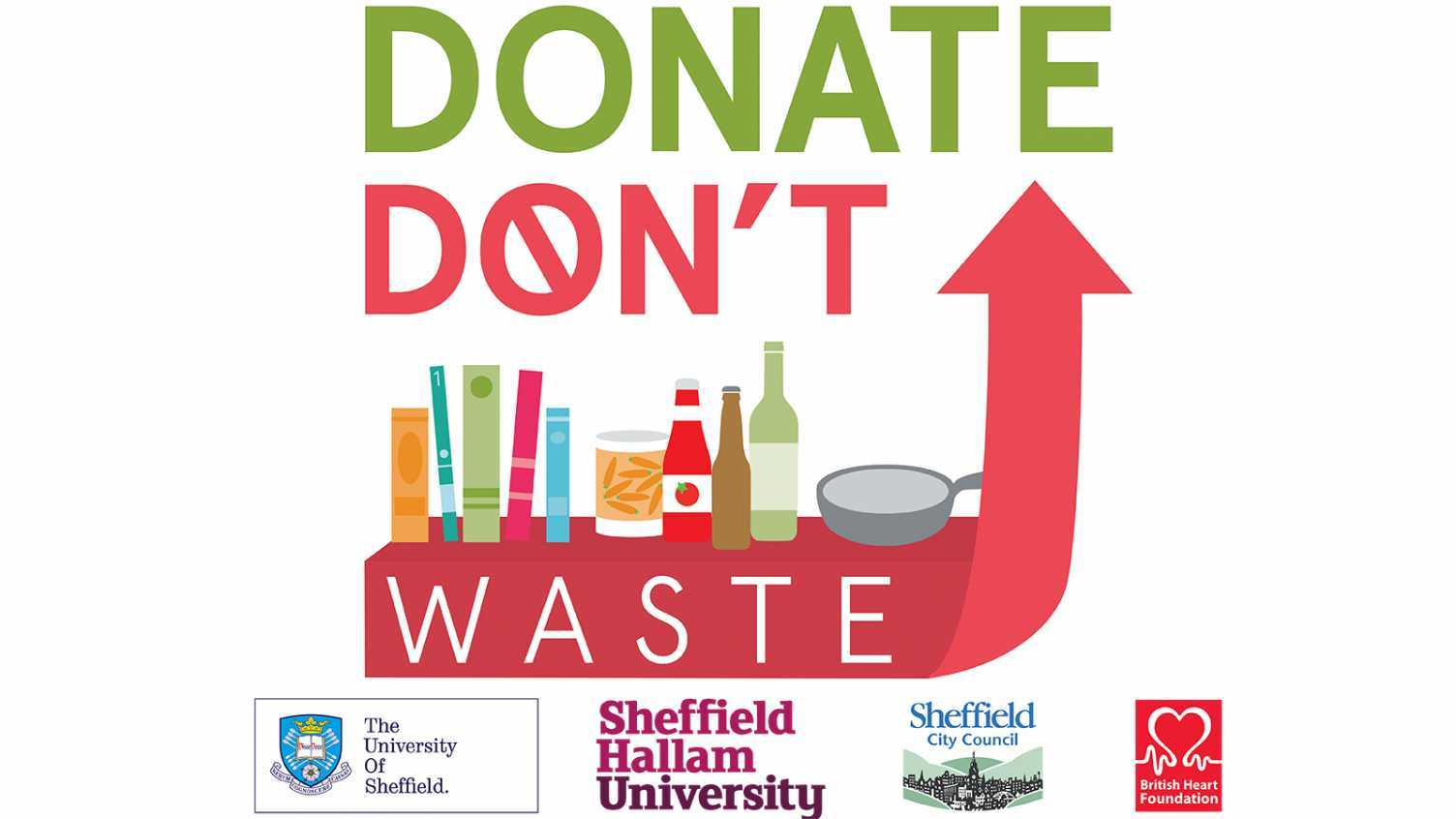 Sheffield students are set to raise £1million for charity this summer by donating unwanted food, furniture or clothing when they leave their accommodation at the end of term.

Sheffield students are set to raise £1million for charity this summer by donating unwanted food, furniture or clothing when they leave their accommodation at the end of term.

Since 2013, Sheffield students have donated 66,071 bags of usable items, which equates to more than £925,000 donation value. It is hoped that this year’s donations will see that figure rise to £1 million.

Donations made by students reduce the waste produced when they move while making a positive difference in the wider community.

The University of Sheffield has many research projects in collaboration with and funded by the British Heart Foundation.

Examples of these projects include developing new ways to image the lungs, creating a new virtual tool to detect cardiac patients requiring stents, and research to uncover the mechanisms behind pulmonary arterial hypertension. ; working towards a cure.

Amanda Purkiss, University Account Manager at the British Heart Foundation, said: “We are delighted with the support the University of Sheffield provides each year through its ‘Donate, Don’t Waste’ campaign.

“With over 700 shops and stores, we rely heavily on student and staff donations for much-needed inventory. The ‘Pack for Good’ scheme encourages students and staff at universities, such as Sheffield, to donate unwanted items, such as clothes, shoes, books, DVDs, bags and small electrical appliances, at the BHF.

“This is a convenient campaign for students to easily donate favorite items at the end of term through donation banks and pop-up bins. The money raised through these donations helps the BHF fund vital research into heart and circulatory disease.

Over 9.4 tonnes of unopened canned and packaged food have also been donated by students to S6 Foodbank since 2015, equivalent to 17,465 meals. Donations also have a significant environmental impact and the total equates to saving 4,776,677 kg of CO2, compared to if the items were sent to landfill.

Andrew Woffindin, Contracts and Environment Coordinator at the University of Sheffield, works closely with charities including the British Heart Foundation.

He said: “We are very grateful for the thousands of items donated by students. The program benefits everyone, and especially in light of what is happening around the world, with more people falling into poverty, student donations are having a positive impact on the wider community.

“We ensure that no item is wasted. The British Heart Foundation does not accept quilts and bedding, but many other charities are more than happy to take them, including AID4Gambia and St Vincents De Paul, with whom the university also works. All items go to a good cause and greatly help families in the Sheffield community.