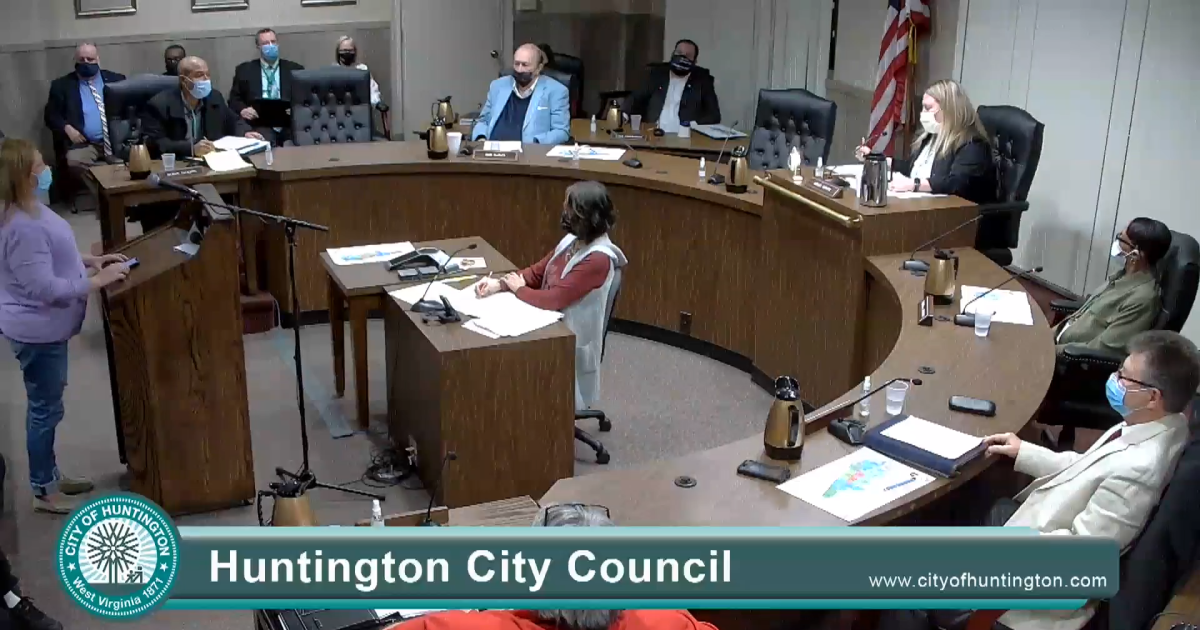 Huntington City Council rooms were filled Monday night with employees participating in two separate strikes at Cabell Huntington Hospital and Special Metals. Council members considered a resolution that called on the two organizations to come to the negotiating table in good faith.

The motion was blocked by Huntington’s legal team for reasons of impartiality.

The resolution in favor of the strikers was presented by Councilor Bob Bailey. He stressed the importance of â€œstanding behind these people in these pickets. Christmas is coming. […] They need Christmas presents for their children. So I’m only going to pray that you do the right thing. And support these union members. These are our people.

A federal mediator has called on Cabell Huntington Hospital and SEIU to return to the negotiating table on November 30.

Molly Frick, director of human resources at Cabell Huntington Hospital, released a statement Monday. “We look forward to confirmation of our return to the bargaining table,” said Frick. â€œWe presented our latest offering to SEIU District 1199 on November 9th. To date, not only have we not received a counter offer, but we have not received any response. We recognize that a strike is serious business that deserves serious action.

She added: â€œWork stoppages in hospitals are different from those in industrial facilities. The health and well-being of human lives is the responsibility of the entire team. Many union members told us they were ready to resume patient care and support operations. We encourage SEIU to either respond to our offer or return to the bargaining table, so our team members can get back to work.

SEIU District 1199 organizing director Sherri McKinney argued in a statement that Cabell Huntington Hospital was not really acting in good faith, “when they made a much lower offer than we’ve had for decades. decades and traded on November 3.

“We hope the hospital will do what is fair and equitable and stop this strike in good faith this holiday season for the community of Huntington as a whole, but after numerous misrepresentation to the media and divisive tactics, they have to find another way to do business, â€McKinney said.

Two hospital union workers came to speak to council in support of Bailey’s resolution to support the strikers.

Union worker Trish Burns told City Council how her sudden loss of health care affected her 25-year-old son. â€œHe’s a full-time student. He worked full time to pay for his studies. Last week he was admitted to the hospital without insurance because Cabell ripped off my insurance.

Council member Tia Rambaugh called on her colleagues to take a stand. â€œAt the end of the day, I think the governance and administration shouldn’t remain impartial in these situations because this is our community,â€ Rambaugh said.

Despite her background in business, she argued that it was unethical to remain silent on the sidelines. â€œYou are our employees. We are your neighbors. And it’s important for us to make our opinions known so that the administration of these companies can potentially recognize that they are not working in silos, that we all need to work together and that our opinions make sense.

Councilor Patrick Jones was the last to speak on the resolution. With tears in his eyes, Jones argued that it was not unreasonable to demand higher compensation to keep pace with inflation. â€œTheir children, whom I see every day in the halls of our schools as I work, can enjoy this holiday season in the same way with a sense of security and peace that the families of those in charge of these institutions will certainly appreciate. Jones said.

Council members did not officially take sides with either the workers or the companies. It is the 53rd day since the start of the Special Metals strike, and it is the 20th day of the Cabell Huntington Hospital strike.

Jones has vowed that if there is no deal within the next two weeks, he will bring another resolution to city council.