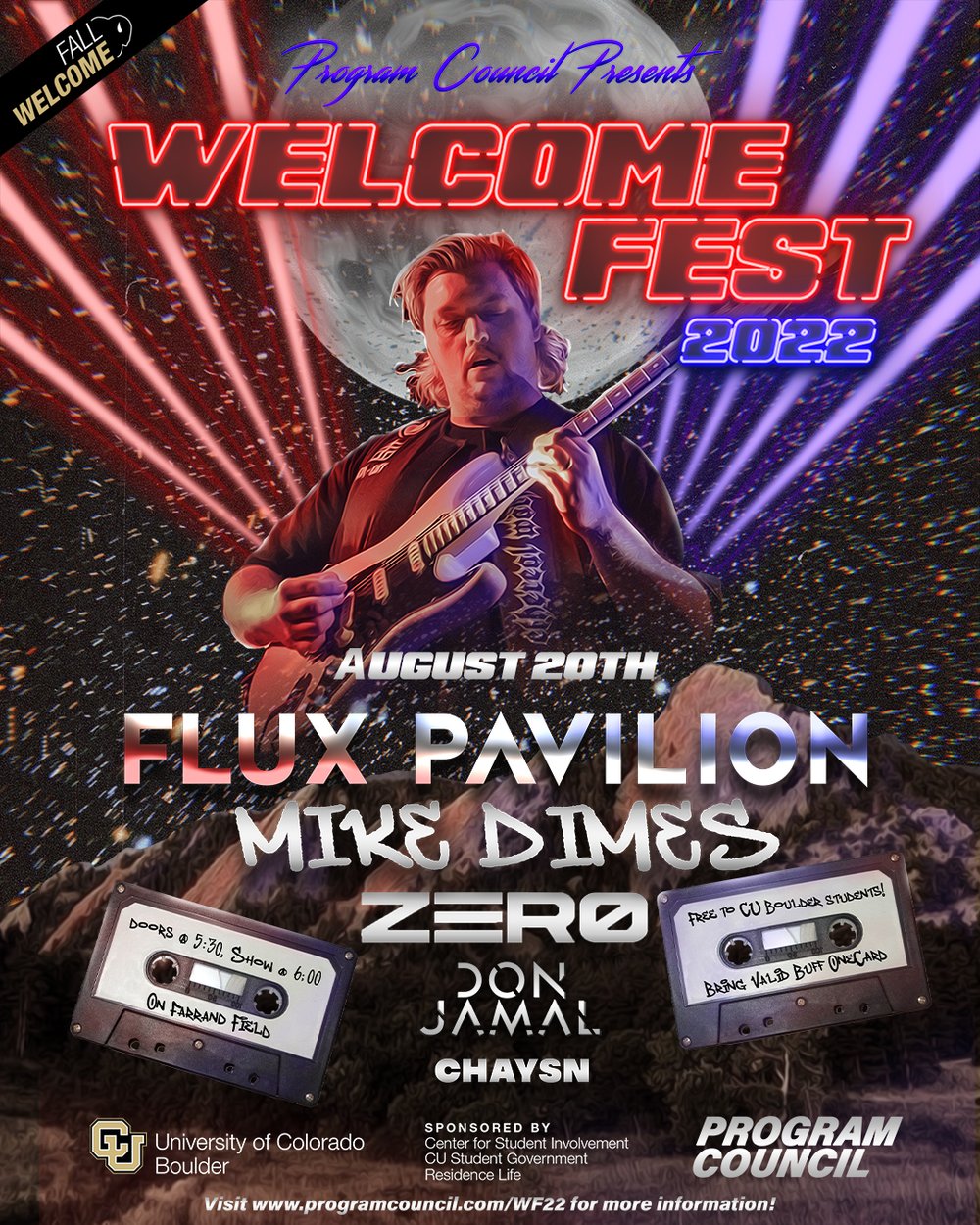 The Program Council will host the WelcomeFest concert on August 20

After a three-year hiatus, the Program Council’s WelcomeFest is back with EDM artist Flux Pavilion headlining the concert, backed by Texas rapper Mike Dimes, Denver DJ ZERØ and local artists Don Jamal and Chasyn. The event will take place on Farrand Field at 6 p.m. on Saturday, August 20. This is the first WelcomeFest since the start of the COVID-19 pandemic, as it was canceled in 2021 due to a shortage of security personnel.

Flux Pavilion is a UK based EDM artist. He has performed at festivals around the world, including Coachella, Glastonbury and Reading. His song “I Can’t Stop” was sampled by American rappers Kanye West and Jay-Z in their 2011 song “Who Gon’ Stop Me”. In 2012 he was nominated for the BBC Sound of Award. Flux Pavilion is known for its use of catchy beats, which have been sampled in a number of projects, including the theme song for Disney’s “Star Wars Rebels” animated series.

Rapper Mike Dimes, known for his new style of classic rapping with intense beats and lyrics, has been chosen by Spotify for its 2022 “Most Necessary” playlist, which spotlights up-and-coming hip hop artists. He recently performed at the Rolling Loud Miami Music Festival. ZERØ, known for his use of thrilling and upbeat EDM beats, began performing in nightclubs in Denver, but has since graduated to national stages, such as Liv Miami and Shady Park Tempe.

All CU Boulder students who present their Buff OneCard at designated locations will receive free access to the event. Wristbands will be distributed between Farrand Field and Farrand Hall beginning at 12 p.m. and between the Warner Imig Music Building and Wardenburg Health Center beginning at 4 p.m.

Those interested in learning more about WelcomeFest can find out more about the event on the university’s website here.

Burundi: Extend the mandate of the Special Rapporteur – Burundi