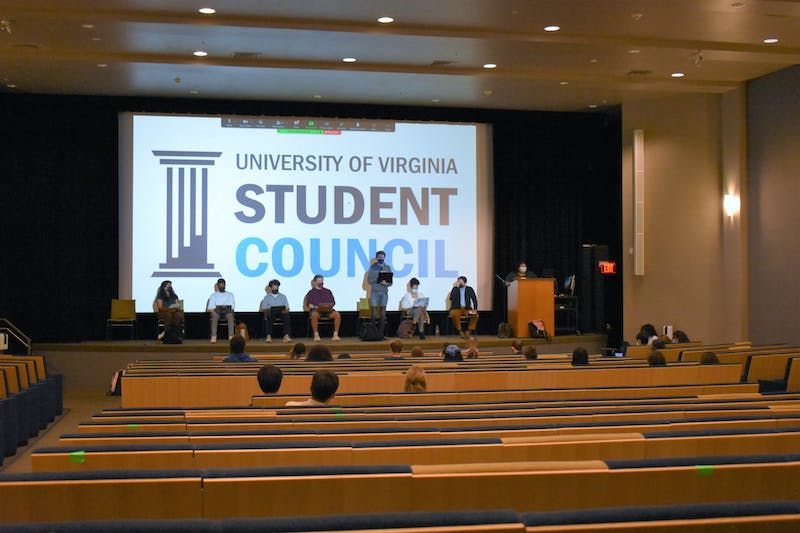 The Student Council passed its fall budget, a resolution supporting Divest U.Va. and a bill to create the ad hoc committee of university care networks at its general meeting on Tuesday evening.

UNOC is a community-based crisis response program that will remove the university police department from non-violent mental health crises involving students. The pilot program is expected to launch in the fall semester of 2022, running 24 hours a day Thursday through Sunday. As part of the program, paid paramedics and qualified graduate student counselors will respond to all mental health crises, interventions with intoxicated people and aggravated situations within the purview of the UPD. The Student Council is allocating $ 19,000 to fund student activity fees for the UNOC pilot program.

ONUC is inspired by the Crisis Assistance Helping Out On The Streets program based in Eugene, Oregon. Rather than sending police officers, CAHOOTS instead sends two-member teams made up of a doctor and a crisis worker to help people in crisis. The program was established in 1989 by the White Bird Clinic and the Eugene Police Department.

The Student Council’s work on the program begins amid concerns about increasing crime this semester, as 10 community alerts have been issued since the start of the fall, ranging from gunshots to roving incidents. A newly created UPD unit, called the Community Oriented Policing Squad, has been criticized by students and law organizations, which are asking the University to reverse its decision to increase the police presence and instead promote economic equality at Charlottesville.

By limiting the presence of the police in mental health crises, ONUC hopes to improve relations between students and the UPD, especially students with historically marginalized identities. A fall 2020 survey conducted by the Student Council found that students’ experiences with UPD agents sent in response to mental health crises were “overwhelmingly negative”, with one student calling the officers “cold. emotionally “.

Earlier this semester, a student organizer reported repeated and unwelcome attempts by UPD members to contact them.

The bill also cites the current HRL protocol, which trains resident counselors to contact the UPD, counseling and psychology services, or the UPD in the event of a mental health crisis. Some students, however, reported that the RAs discouraged them from contacting the UPD due to previous negative experiences.

â€œBringing the UPD into residential buildings to help students has been very, very stressful, not only for the residents, but also for the RAs and SRs,â€ Hart said. “I implore you all to consider what we are trying to do in terms of culture change at U.Va., But also to better support students – especially students of color – and other marginalized identities.”

Donavon Lea, BSA vice president and fourth-year student at Batten, added that while he is delighted to see UNOC come to fruition, black students have been calling for these kinds of changes for a long time.

â€œThe BSA has been pushing for these kinds of demands for over 50 years, and it shouldn’t have taken 50 years for something like this to happen,â€ Lea said.

Originally issued in 1970, BSA request list ask the University to increase the number of black students, faculty and administrations, to divest and demilitarize the UPD and to expand the curriculum, among others.

Central Americans for Empowerment at U.Va., the Afro-Latinx Student Organization at U.Va., the Cultural Organization for Latin Americans at U.Va., the Latinx Leadership Institute at U.Va, the Latinx Peer Mentoring Program and the Coalition of Latin American Identities at U.Va. noted that the Latinx community on Grounds has struggled to access appropriate mental health services for “some time” in a joint statement to Cavalier Daily. Specifically, the groups cited the high cost of medical fees and the inadequacy of the University’s psychological counseling and services program, adding that due to the diversity and intersectionality of the Latinx community, students often find it difficult to find advisers within the CAPS who make them feel represented. and understood.

UNOC has been in development since fall 2020 by several partner organizations – Student Council, HRL, BSA, PLUMAS and undocUVA – as well as university partners, such as UPD and the Equity Center. These five student groups will form the UNOC Coalition 2021-22, which will guide the structure, funding and implementation of the program this year.

The pilot program will be in place at least until the 2024-25 academic year to ensure its implementation and expansion. If successful, the ONUC Coalition will lobby for long-term funding strategies that divert funding from the UPD to ONUC to develop the program. The UNOC Coalition will provide updates on the program at Student Council General Assemblies.

An annex to the ONUC legislation also includes a memorandum of understanding that describes the extent to which partner organizations are involved in the implementation and long-term future achievements of ONUC.

“While ONUC plays a role both in the larger undocUVA campaign on the sanctuary campus and in the historic demands for the divestment and demilitarization of the BSA police, undocUVA and BSA retain full control of their own campaigns, â€the memorandum said. â€œThe student council, in particular, should not interfere with the larger undocUVA and BSA work within the ONUC program. “

The memorandum of understanding will be reviewed by June 30 of each year by representatives on the coalition.

A resolution supporting the university’s environmental divestment from fossil fuels was sponsored by College Fourth Year Student Representative Rand Perry on behalf of the Divest U. Va Coalition, Young Democratic Socialists of America at the Ecosocialist Group of the U.Va. and the student council’s sustainable development agency. The legislation calls on the University to withdraw funds from its endowment to support the use of fossil fuels, which Divest U.Va. is pushing for the University to end by 2022.

â€œThis is a crucial time,â€ said Perry. â€œIf we can bring students, faculty and community members together, this is a time when real change is possible, but the support of elected officials at the University – us – will help. “

The resolution was adopted unanimously by the representatives.

The Student Council’s fall 2021 budget is $ 226,855 and will be split among its various branches – the Presidential Cabinet Agency, the Administrative Committee, the newly created Support and Access Services, the Organizations Committee and the representative body.

The student council meets weekly at 6:30 p.m. in the Newcomb South meeting room.