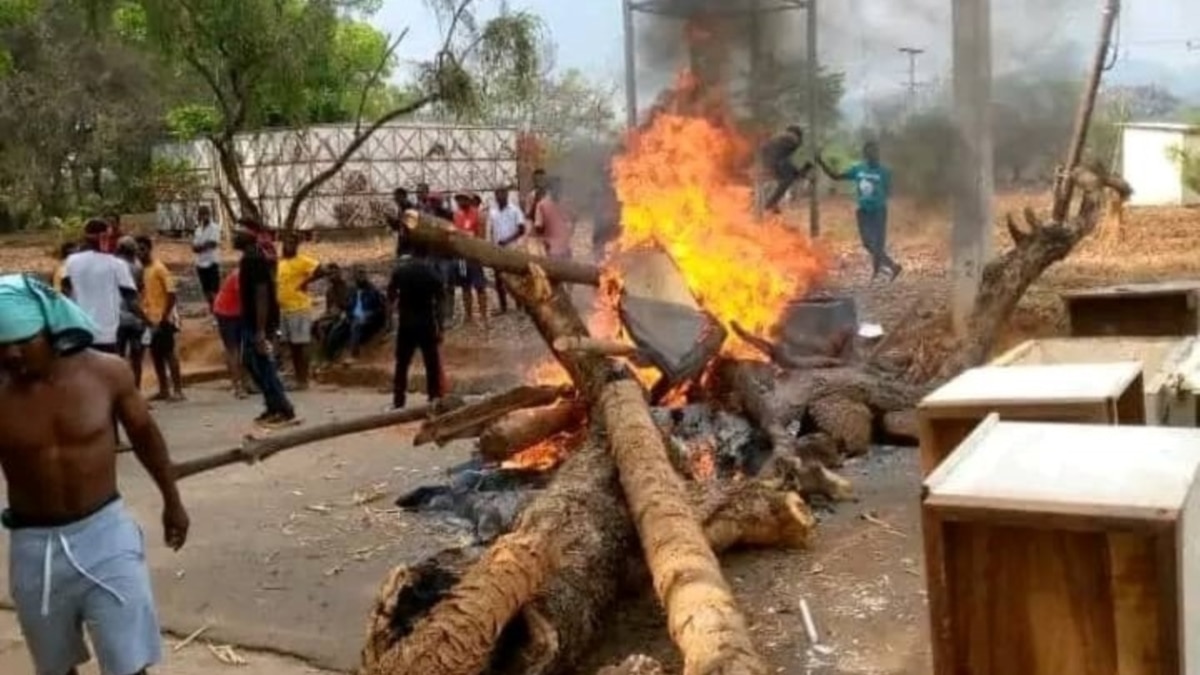 University of Malawi students protest one semester a year plan

University of Malawi students are protesting the school’s decision to have only one semester per year, doubling the time needed to graduate. The school closed on Wednesday after students blocked roads leading to campus, and administrators said classes would not resume until the protests ended.

Students have been staging protests on and around campus since Friday in an effort to get officials to abandon the new academic calendar, which is set to begin next year.

On Wednesday, protesters blocked roads leading to campus by burning tires in the streets.

Humble Bondo, president of the university’s Student Council, said protests escalated this week after management failed to address student concerns at a meeting on Monday.

“During the meeting, we presented our position and told them, ‘We won’t stop our vigils until the academic calendar changes,'” Bondo said. “So instead of addressing our issue on the table or the option we gave them, they said we were failing to do so.”

The university, so far, has not indicated a reason for reducing to one semester per year.

Similar protests in September ended in clashes between police and students.

The administration of the University of Malawi said in a statement on Wednesday that it had decided to close the institution because the protests threatened the safety of management and members of the public.

They asked all students to leave the campus before noon.

“The impact is significant,” he said. “Remember that we are fighting for us to have the same academic calendar, we should complete the period in one year, two semesters. But it will also extend the time that we will stay at the university. So, it will put us in a delicate position.

University spokesman Alfred Banda told VOA on Wednesday that he would not comment further on the matter.

Education expert Benedicto Kondowe blames the university administration for shutting down the facility and said he hopes the matter will be resolved soon.

“If they take longer, some students will drop out because they’ll lose motivation because it doesn’t make sense to do a four-year program in five or six years,” Kondowe said. “So there is already a risk there, what about a girl? Some of the girls will become pregnant, so there are huge implications for officials to consider under the circumstances.

Student union president Bondo told VOA that the students are seeking a court injunction against the school’s closure.