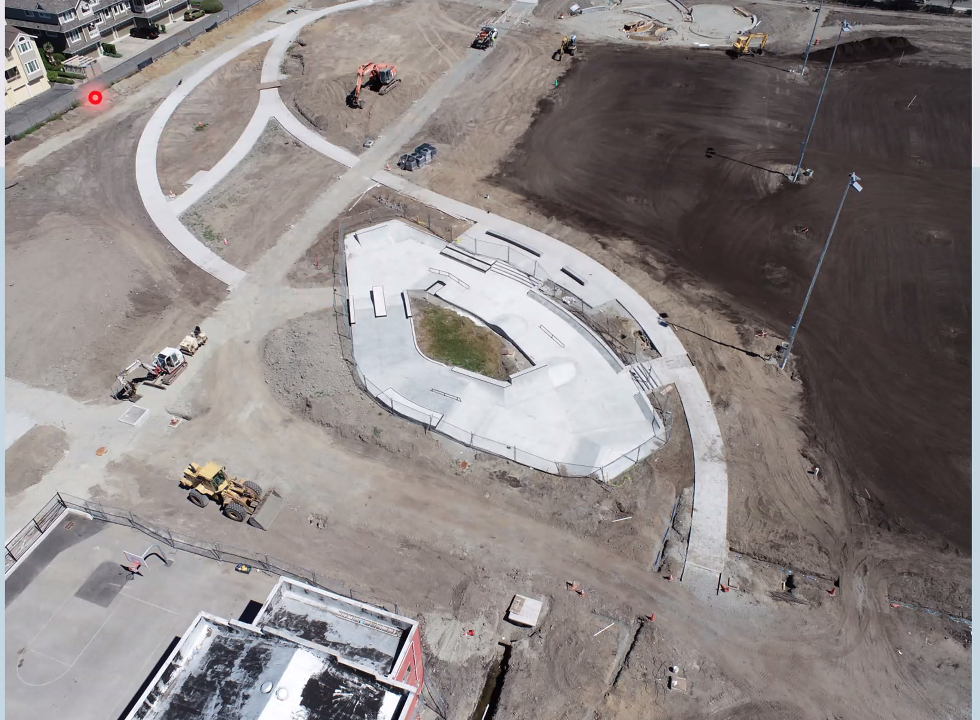 With the opening now scheduled for April 2023, teams are making progress on the long-awaited renovation of Edmonds Civic Field into a downtown park, Edmonds Parks Director Angie Feser told the Committee of City Council Parks and Public Works. A key question the board must now address: How to cover an estimated funding shortfall of $318,313.

During Tuesday’s virtual committee meeting, chaired by council member Neil Tibbott, Feser presented the progress of the project since its launch exactly one year ago – on August 9, 2021.

Construction is about 57% complete, said Feser, who shared a series of construction photos — taken regularly by drone — over the past year.

A parallel project to the construction of the civic park, Feser explained, is needed to mitigate stormwater. Treating all stormwater from the park itself is not possible due to the high water table, so the city instead treats it upstream in the Shell Creek watershed, in an area of ​​right-of-way. West 96th Avenue adjacent to Yost Park. To meet state treatment requirements, stormwater will be collected in large vaults and infiltrated into the ground on site. 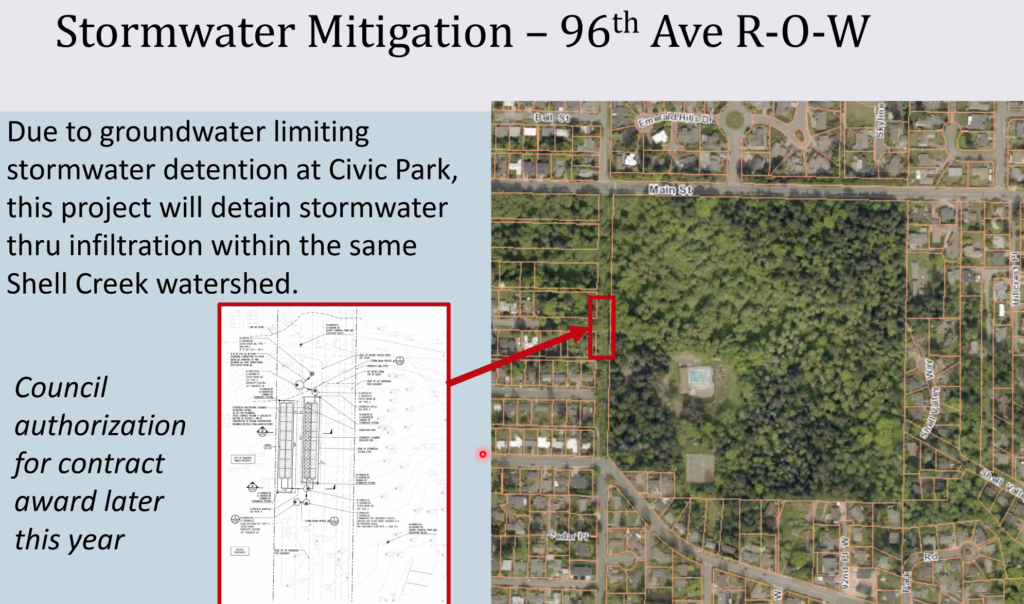 The city has yet to tender the stormwater mitigation project, “but it needs to be completed before we can open Civic Park,” Feser said. 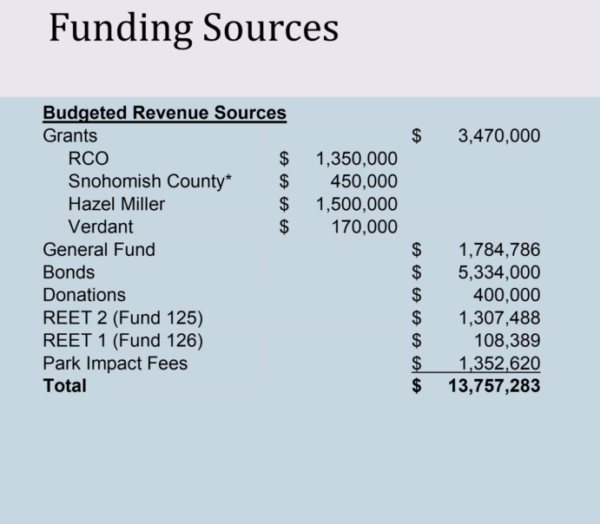 The $13.76 million project is funded by a variety of sources, including $3.5 million in grants, $1.78 million from the city’s general fund and $5.3 million in bonds. The park project also received $400,000 in donations, including a $250,000 Department of Commerce grant obtained by the Rotary Club of Edmonds for an inclusive playground. Other funding includes $1.4 million from the city’s real estate excise tax funds and $1.35 million from park impact fees.

On the revenue side, the project experienced “a small setback” related to the $450,000 in grants it expected to receive from Snohomish County, Feser said. While the city received $300,000 of this county allocation, the remaining $150,000 was put on hold during the pandemic and is no longer available, so the city must make up the difference. Additionally, stormwater mitigation is expected to cost twice as much—$431,620 versus $200,600—than originally projected.

When that initial estimate was made, Feser explained, the city planned to do the work inside the civic park and that its own parks team would build the project. This changed when the city discovered the extent of groundwater at the park site. “The complexity of the project has changed that now and now we have to outsource it,” she said.

Despite this cost increase, Feser said, the project is 101% on budget, which “is pretty amazing given our current construction environment and the lessons we’ve heard recently about most projects being 25% right at the time of the call for tenders”. She praised the diligent work of Henry Schroder, the city’s capital project manager, “who is following this project day and night and finding many different ways to save money.”

The project now has an estimated shortfall of about $318,000, and the city could cover that in a variety of ways, Feser said, including through real estate excise taxes, additional bonds or the city’s general fund. town. Another option she asked the board committee to consider: using American Rescue Plan Act (ARPA) pandemic recovery dollars to cover the $431,620 in stormwater mitigation, freeing up dollars to cover the shortfall. “It’s ARPA-eligible because it’s a stormwater project,” Feser said.

Council must make a decision soon on that idea, she said, as the source of funding must be included in the bidding documents for the stormwater mitigation project.

Council member Neil Tibbott said he liked the idea of ​​using ARPA money for this purpose. Board chair Vivian Olson, who was in attendance at the committee meeting, said she would be planning a presentation on the issue to the full board in the near future.

Among the other elements heard during the committee meetings on Tuesday evening:

“I think it’s a good place for this (arts and culture) to sit now,” said council member Laura Johnson, who chairs that committee. “I think it really fits into community services and economic development, for that matter. We are an artistic city.

In another personnel matter, Johnson and board member Susan Paine accepted a proposal from Feser to create a new 80% FTE preschool assistant position for the Meadowdale Preschool Program, which would replace two part-time positions. Related to this, Johnson asked if COVID vaccinations were required for preschool teaching positions. Feser said the city does not currently require staff to be vaccinated, but she would forward Johnson’s question to the city’s human resources department. Johnson and Paine agreed to move the preschool staff change forward, but said they would like to have a broader conversation at a future board meeting regarding staff vaccination requirements.

Finally, the committee learned that the city is in the process of background checks for the hiring of a new director of public works. That position has been vacant since November 2021, when longtime director Phil Williams left for a job at the City of Redmond.

The council’s finance and parks and public works committees considered a proposal from McKinstry Energy Services to audit the city’s Frances Anderson Center. Estimated at around $90,000, the audit will meet a new state requirement for clean buildings, with the idea of ​​moving away from fossil fuels. The audit would focus on a plan to refurbish the building’s HVAC system, replacing its two aging gas boilers with a modern all-electric variable refrigeration system. The system would provide the building with a forced-air heating and cooling system, as well as a separate mechanical ventilation system. Both committees agreed to put the item on a future board approval agenda.

The parks and public works committee also heard an update on the city’s plan to place a solar power plant on top of the Public Safety Building, which houses the city’s police station. Committee members learned that costs have increased significantly on the project, and the committee asked to revisit the subject once the numbers are finalized.