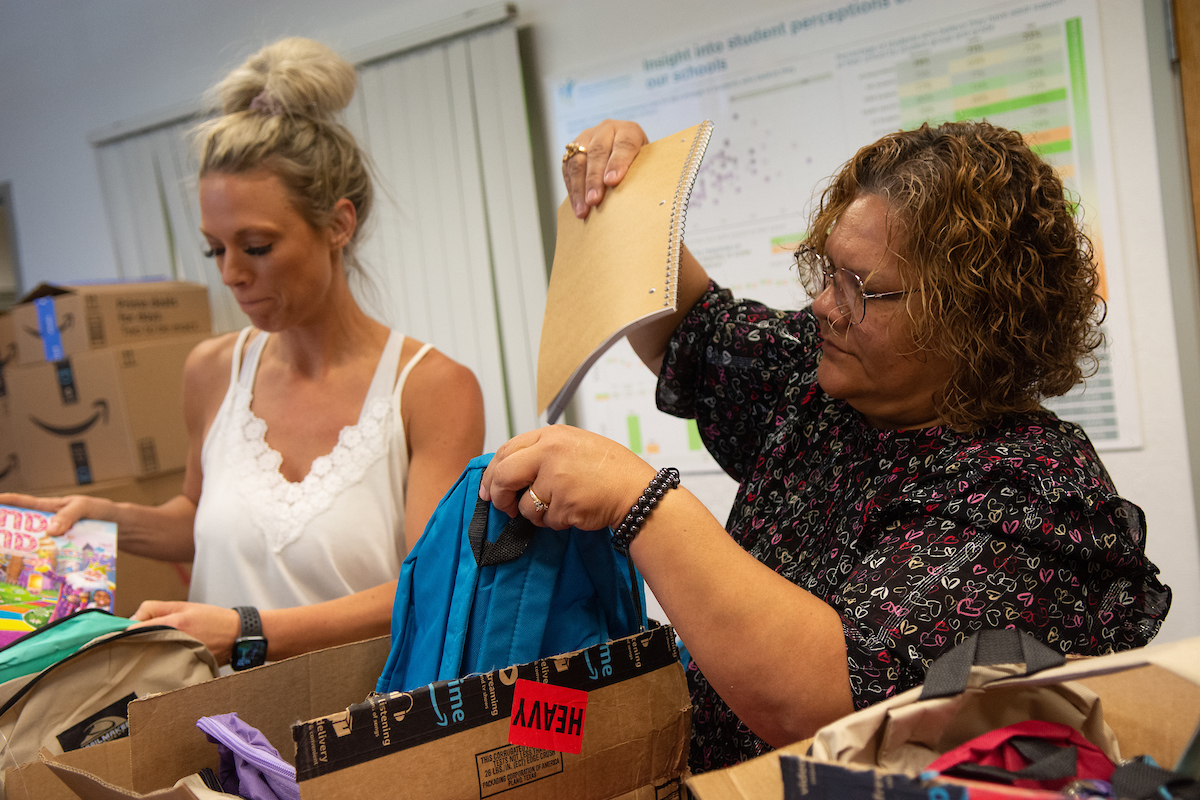 The Washoe County School District is allocating approximately $1.6 million in federal COVID relief dollars to boost efforts to identify and support students who may be homeless.

By the end of June, the district had identified about 2,000 students facing homelessness, but Rechelle Murillo, who oversees the district’s Children In Transition program, thinks the actual number may be higher in part because of rising costs of county housing as well as other pandemic-related challenges.

The district has struggled to identify and track some of these students throughout the pandemic, especially during school closings, Murillo added.

“I think that’s an underestimate based on our previous numbers of 3,000,” she said, referring to the number of students identified as homeless in the 2017-18 school year. “I think families are still struggling a lot.”

Under the federal McKinney-Vento Homeless Assistance Act, a federal law that supports the education of homeless students, homelessness is defined as the lack of a fixed, regular, and adequate overnight residence. This includes students living in emergency shelters, motels, cars, abandoned buildings, and public spaces as well as students in families sharing accommodation due to economic hardship or loss of housing.

Each school has a homeless advocate who helps the district’s six Children in Transition Liaisons identify students in need. Liaison officers can provide students, once identified, with assistance with food, school supplies, clothing, registration and fees for field trips, sports and extracurricular activities.

“We pay for these things so students can fully participate in their education,” Murillo said.

One of the rights that the McKinney-Vento Act guarantees students is the ability to stay at their home school, even if they are staying somewhere outside of that school’s area. The Washoe County School District provides these students with transportation or gas vouchers to help them get to their school. District data showed that students who change schools while homeless have lower graduation rates than those who stay in one school.

“So we know it’s really, really important for us to provide that support for them, because there’s consistency and relationships there,” Murillo said. “They know their teachers, their peers, all those things that we want to keep consistent in that part of their lives.”

But the transitioning children’s department has struggled to keep in touch with previously identified students during the pandemic, as they learned from home or came to school only a few days a week as part of the plan. district blended learning.

Even though in-person learning resumed full-time in the last school year, not all students were in attendance. The district found in an analysis of its graduating class of 2021 that 91% of homeless students were chronically absent — or missed 10% or more of school for some reason — at least one year in high school, lower than the rate for students with secure housing at 69 percent.

Murillo revisited this problem of absenteeism in the last school year, when more than half of homeless students were chronically absent.

“We rely on them being in school so we can identify them,” she said.

The district hopes to meet this challenge by using COVID relief funds to hire a presence worker as well as an additional liaison, bringing the district’s number of homeless liaisons to seven.

According to a study by Chapin Hall of the University of Chicago, LGBTQ youth are 120% more likely to be homeless than non-LGBTQ youth. Additionally, homeless youth are more likely to attempt suicide or use drugs than their sheltered peers, according to a study by the National Health Care for the Homeless Council and the National Library of Medicine.

Colin Usher, the Children in Transition program coordinator, also wants to raise awareness of the different types of living situations that fit the McKinney-Vento Act definition of homelessness to help families who are eligible for this support but are not s don’t realize it.

“If they understand that they can send us their information and qualify for services, that will help us increase the identification of these students,” he said.

Over the summer, Usher said the department will also follow up with families of students the district has already identified to see how they are doing.