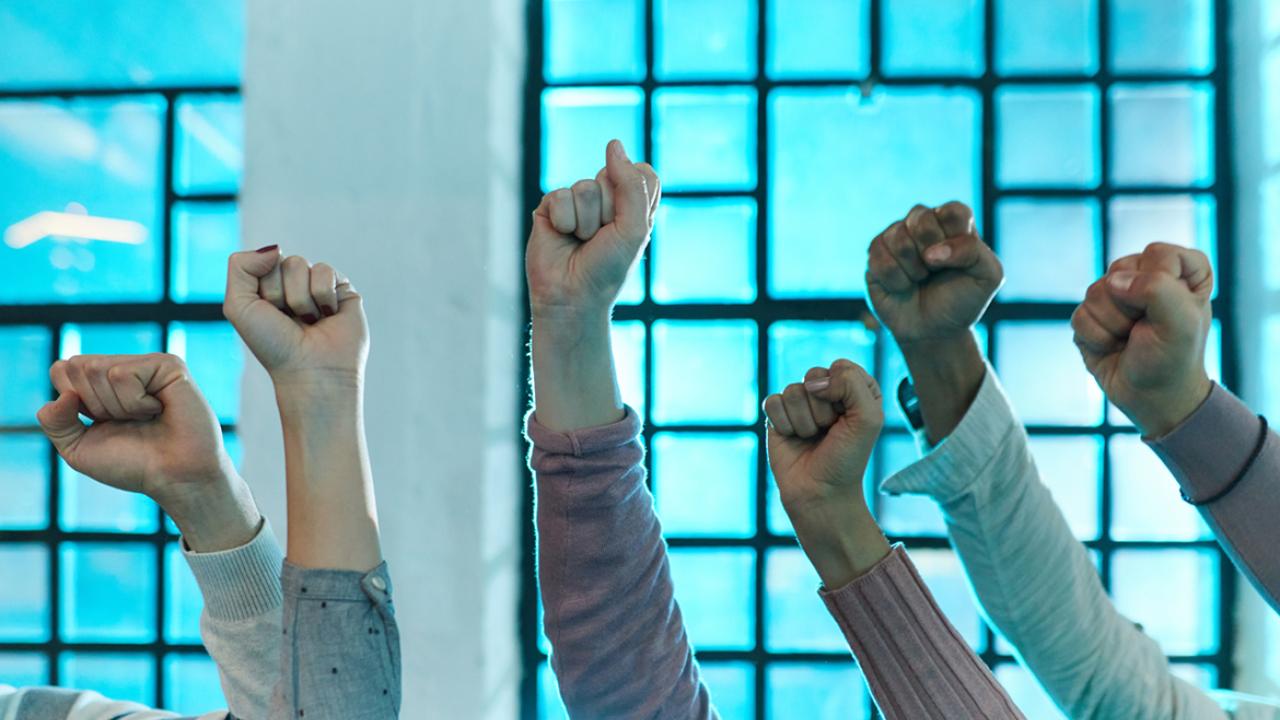 Physicians, especially those involved in organized medicine, understand the importance of power in numbers. This has been demonstrated in a number of areas, including union membership.

As more and more doctors are employed, membership in doctors’ unions has increased. A recent webinar, co-hosted by the AMA Medical Students Section and the AMA Academic Physicians Section, looked at the basics of physician unions and how they serve their members. For medical students who may choose to work at a facility that has a union, here is an overview of some of the issues covered in the webinar.

What are the unions doing?

What are the unions doing?

Unions have three basic functions: collective bargaining, political advocacy and mutual aid (health insurance and pensions for members). For doctors, the right to bargain collectively — loosely defined as the act of negotiating the terms of a contract with an employer on behalf of its employees — tends to drive union membership.

Diomedes Tsitouras is executive director of the American Association of University Professors–Biomedical and Health Sciences of New Jersey, a nonprofit organization that represents 1,400 professors at Rutgers/Rowan universities.

“The idea of ​​collective bargaining is that, unlike individual bargaining, employees in a workplace can come together to combine their power,” Tsitouras said. “By combining their power, they can level the playing field with their employer who generally has more economic power, and thus produce better working conditions for everyone.”

The importance of collective bargaining has grown as many markets have developed in which hospitals have market power and doctors have few hospital job alternatives and often suffer from burnout, Tsitouras said.

Discover key lessons for medical students on the importance of leadership.

How common are unions?

How common are unions?

A relatively small number of physicians are unionized, but demand is growing. In 2019, about 68,000 physicians were unionized. The figure represents about 7% of the physician population nationwide, but it has also increased by 25% from the previous five years.

Here are some examples of major unions that represent physicians:

Find out how medical students can be effective social media advocates.

What kind of impact do doctors’ unions have?

What kind of impact do doctors’ unions have?

Citing the key changes his union has created, Tsitouras said the group has improved minimum wage standards based on Association of American Medical Colleges benchmarks, created mechanisms to reduce arbitrary and grounded wage inequities on gender, and improved access to childcare services, parental leave and other policies promoting a better work-life balance.

“Sometimes the people at the top don’t always have a sense of what’s going on at ground level, and we can kind of bridge that gap and report the issues and be a voice to hopefully resolve the issues. “, said Tsitouras. In recent years, the need for union intervention in health care has been evident. A case of unionization of a group of residents took place at Stanford, where medical residents were unable to access COVID-19 vaccines before non-essential hospital employees. Last May, Stanford residents voted overwhelmingly to unionize.

“It’s interesting that, you know – what could be seen as kind of well-resourced, probably better paid than a lot of places, kind of a good job – in some ways these workers were still really motivated to s ‘organize for improvement,’” said Rebecca Givan, PhD, co-director of the Rutgers Center for Work and Health. “Realizing it was the only way to get the work voice they really needed.”

Find out why more medical residents are looking to unionize.

Are doctors on strike?

Are doctors on strike?

Strikes are very rare among all unions, especially doctors’ unions.

“In general, there are many ways to gain power and striking is just one of those ways,” Givan said. “There are many other methods, things like button campaigns, social media campaigns…

to show the collective unity and urgency of the particular interest demand. “Doctor strikes are illegal in some states, and even in states that don’t prohibit strikes, the union should vote by an overwhelming majority — probably more than 90% of union members voting in favor — to strike.

The AMA has a policy stating that unions must adhere to the AMA’s Principles of Medical Ethics and not engage “in a strike by withholding essential medical services to patients.”