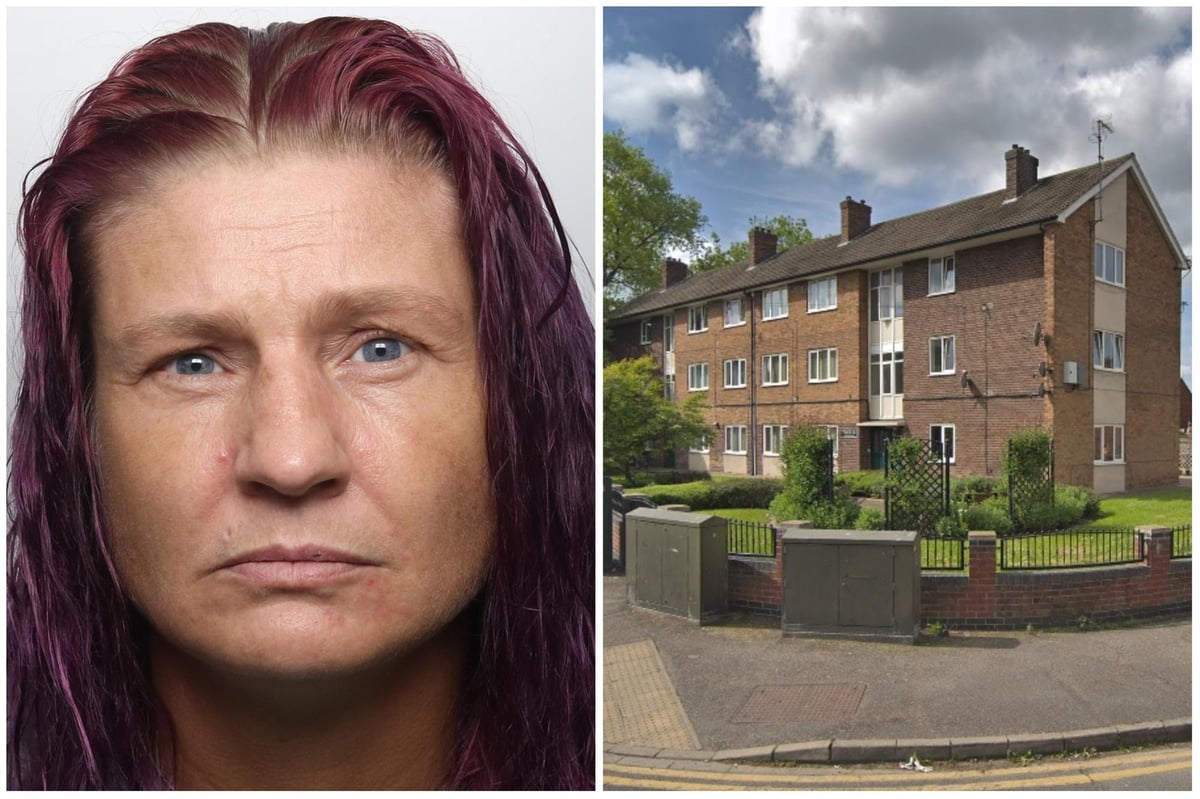 Three fire crews were called in the early hours of January 13 last year to tackle the blazes in the three-storey block of social flats on Beancroft Road in Castleford.

Wakefield District Council needed more than £55,000 to repair the damage, but prosecutor Stephen Grattage told Leeds Crown Court he was lucky no one was injured in the blaze started by Mandy Nicola Peach.

The 44-year-old was seen fleeing the building when emergency services arrived, but she was quickly arrested.

Peach was jailed for burning down her flat in a building in Castleford.

Fire crews used hoses to douse the flames in the first floor apartment and experts said it started on the upholstery next to a UPVC window.

There was fire damage, soot damage and water damage.

Mr Grattage said: ‘A fire officer said he was confined as the door was closed.

“If it had been opened, deadly smoke would have filled the area outside the apartment.”

Peach later told police she started the fire by setting pieces of paper on fire and holding them to the curtains.

She said she did it to kill herself but didn’t want to hurt anyone else.

She admitted she took speed and drank gin.

She has six convictions for 16 offences, mostly for shoplifting.

She admitted the arson while worrying about whether the lives of others would be in danger.

Mitigating on her behalf, Andrew Coleman said: ‘This lady has had an incredibly traumatic life from her childhood to her relationships in which she suffered abuse.

He said she suffered from emotionally unstable personality disorder and post-traumatic stress disorder.

He added: “They’ve had an impact on the way she lives her life, she’s clearly vulnerable and needs help.”

He tried to persuade Judge Robin Mairs to suspend the inevitable sentence, but he disagreed.

Judge Mairs said: ‘Anyone setting fire to multi-unit buildings must be aware of the catastrophic consequences.

He said he was convinced it wouldn’t have happened if she hadn’t been drinking and doing drugs.

He imprisoned her for 28 months.