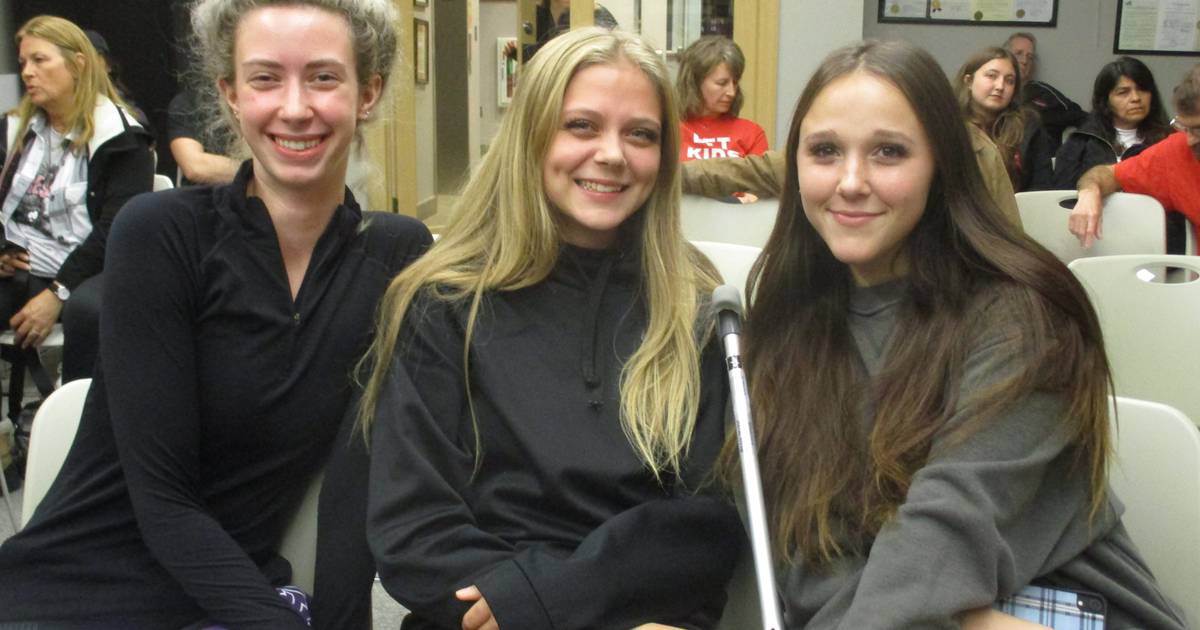 YORKVILLE — A group of Yorkville High School students attended the Yorkville City Council meeting Oct. 11 as homework for their US Government class.

They got more than they bargained for.

The bulk of the crowd was there to see Yorkville Police Deputy Chief Garrett Carlyle and Cmdr. Patrick McMahon being sworn in for their promotions.

At the end of the swearing-in ceremony, the families gathered around Carlyle and McMahon for photos.

“I thought that was really cool,” Gerakaris said.

The four students didn’t hesitate to sit in the front row of the audience to watch the local government in action.

The three young women tapped furiously on their mobile phones, taking copious notes as the aldermen went through the meeting agenda, while Porter recorded his observations in a tried-and-true way by putting pen to paper on a clipboard.

As the meeting drew to a close, the students found themselves listening to the ongoing controversy over the drag shows in Yorkville.

By then, those who had come to see Carlyle and McMahon receive their promotions were gone, but there were plenty of other people left to speak or listen to the debate on the drag show.

The students were unimpressed with the drag show opponents.

All four said they were surprised to hear so much talk about religion at a government meeting and said they believed opponents were trying to impose their religious beliefs on others.

However, the students said they learned a lot from watching their local city government do business and had plenty of material for their class report.